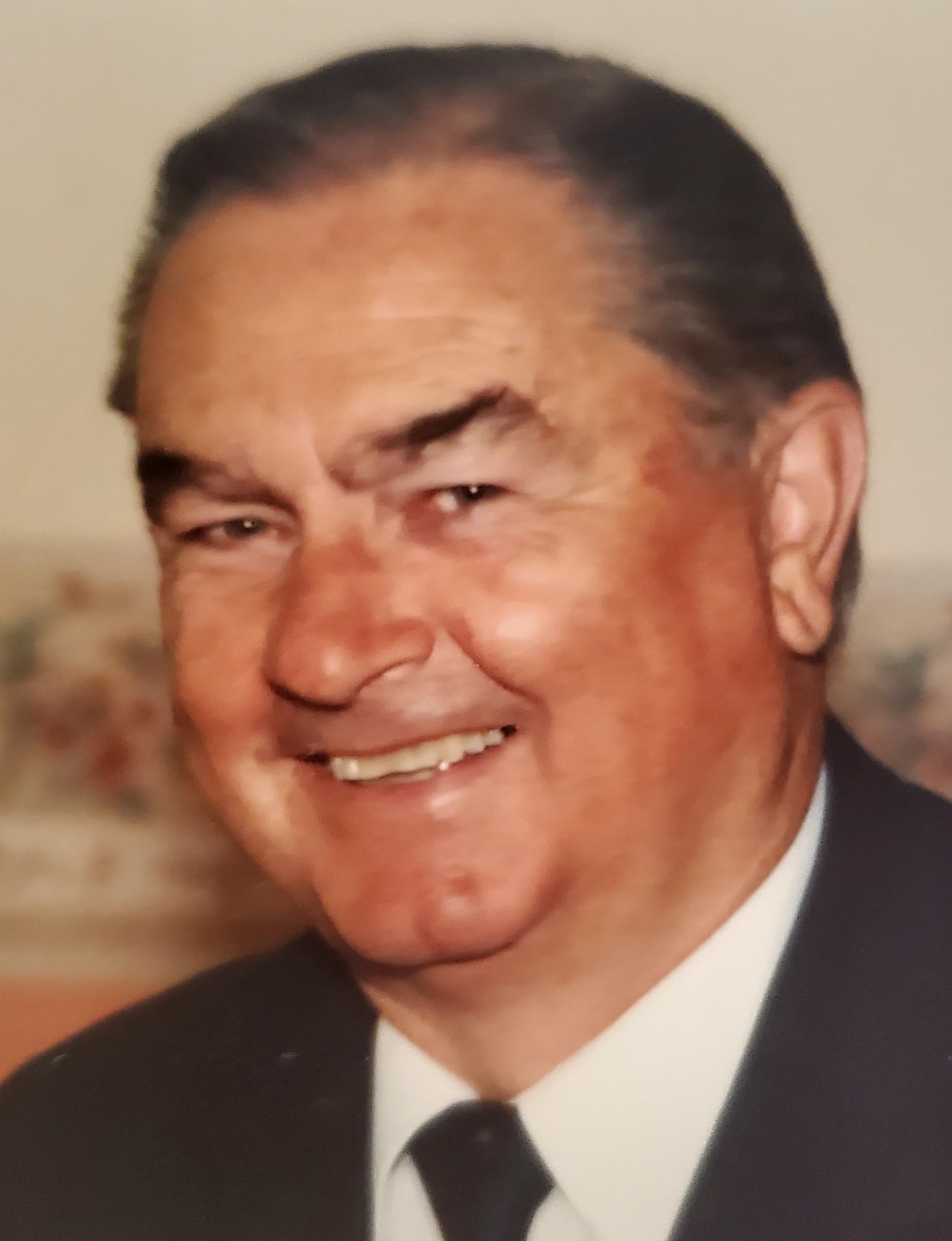 After a long, well lived life, Bill Evan Matthews passed away peacefully on May 21, 2022.  He was at home in Osage Beach with his wife, Katie, by his side.

Bill was born on September 20, 1929, in Mexico, Missouri, to Evan Walker and Ruth Adelaide (Moser) Matthews.  On February 8, 1963, Bill married the love of his life, Katheryn (Katie) Bonnell and they were married for 59 years.

Bill was raised in Martinsburg, Missouri and attended the town’s small schoolhouse through twelfth grade.  There were thirteen students in his graduating class.  Bill attended the University of Missouri in Columbia, Missouri and studied business.  Bill was an avid ballplayer and outdoorsman.  His father, Evan, was a professional baseball player and Bill inherited his love of the sport as well as his outstanding abilities.  He played for the Martinsburg Giants that his dad coached after retiring from pro-ball. Bill was a huge St. Louis Cardinals fan and continued to watch them play until the last days of his life.  Bill also loved to hunt and fish.  In his younger years, he often deer hunted but fishing was his preferred outdoor sport.  He took many fishing trips over the years with his friends and family and especially loved to catch crappie and walleye.

Bill and his father owned and operated the Matthews Phillips 66 Service and Gas station in Martinsburg, Missouri until his father’s death in the early seventies. Bill also was a member of the local school board and drove a school bus route.

Bill and Katie had a weekend home at Lake of the Ozarks that they enjoyed immensely.  They spent most weekends at the lake with friends and family, boating, swimming, bar-b-queing and, of course, fishing.  In 1972, Bill and Katie decided to make the lake area their full-time home.

Bill began a second career at Lake of the Ozarks and “found his calling” as a real estate Broker. He was the owner of Al Elam Real Estate, a company originally founded in 1941 and one of the oldest in the area.  Bill was one of the most successful and respected brokers in his time.  After his retirement, he and Katie traveled across the United States.  They vacationed seeing the sights and visiting most of the states in the country.

Bill was a well-known face at Hope House of Miller County.  Affectionately referred to as Mr. Bill, clients and their kids came through the door looking for his smile and good humor.  Bill served at Hope House for many years, only stopping when his physical health absolutely would not let him continue.  He was recently recognized for his years of service at the annual dinner.

Bill was a great friend to many people, never met a stranger and was kind and gracious to the bottom of his soul.  He was the best husband a wife could ask for, the best father a child could dream of and the best grandfather that ever existed.  He is a hard act to follow, and he will be missed beyond measure.  Bill lived his life in such a Christian manner that there is no doubt that he is now with Christ and that we will all be reunited with him one day.

Visitation will be held Thursday, May 26 from 10:00 am -12:00 pm at Riverview Baptist Church in Osage Beach, Missouri. Services will follow at 12:00 pm. Officiating will be Pastor Todd Shockley and Pastor Michael Beene.

In lieu of flowers, the family requests donations be made to Hope House of Miller County.