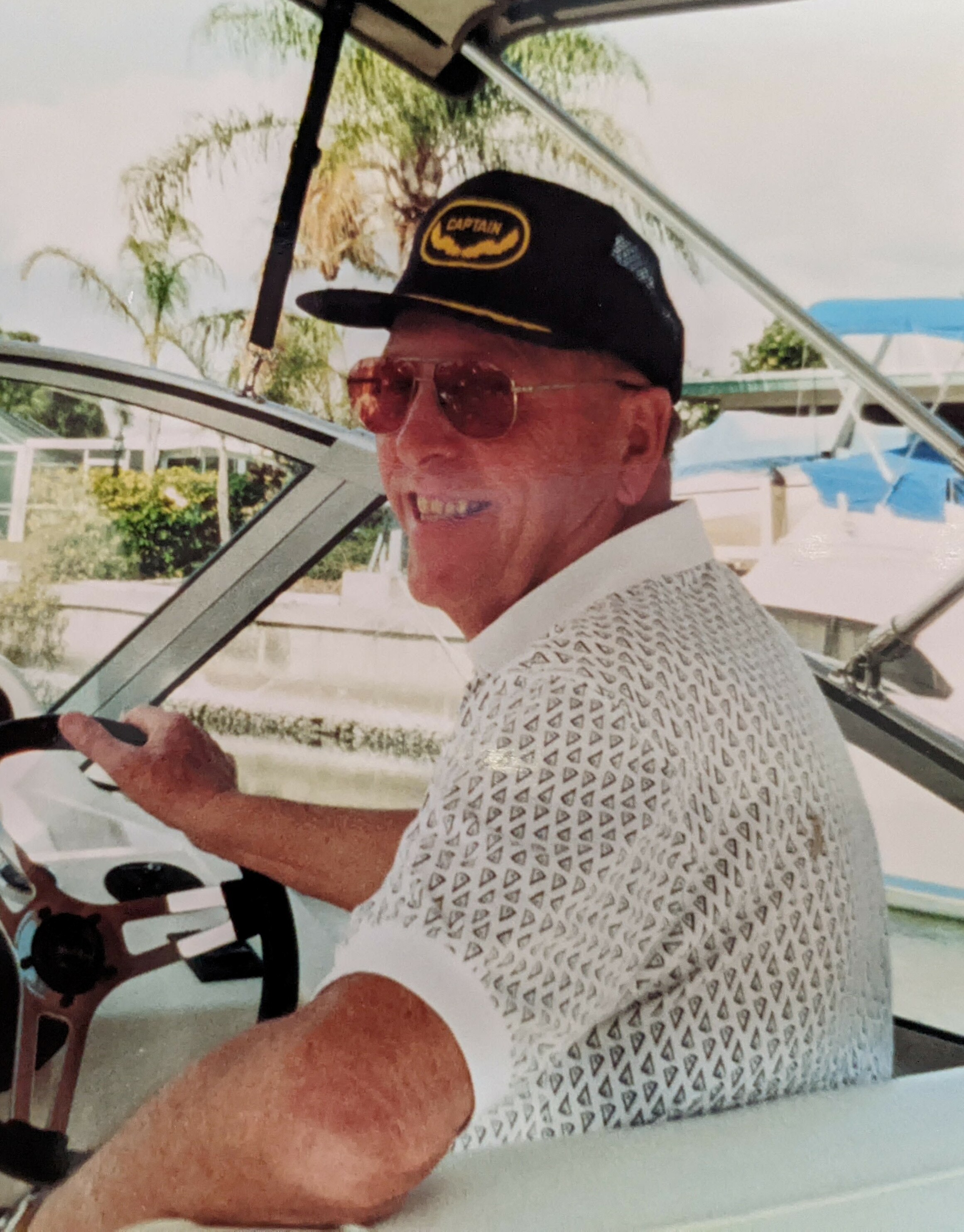 Charles Leonard Gage, age 92 of Camdenton, Missouri, died peacefully in his sleep Monday morning, June 27, 2022.  He was the son of the William and Myrtle Gage, born January 14, 1930, in South Bend, Indiana.

Charles is survived by his loving wife of 69 years, Norma Jane Gage, his sister Joann (Gage) and John Ullom, along with four children, Glenn Gage, Ellen Gage, Greg Gage, and Brenda (Gage) Cory.  In addition, he is survived by seven grandchildren and two great grandchildren.

Charles met Norma in high school in South Bend, Indiana but they did not start dating until they met again while on holiday break from Purdue University. The two then attended Western Michigan University together. Initially studying horticulture with ambitions to own a greenhouse, Charles later changed his major and graduated with a business degree. On January 31, 1953, Charles and Norma married in South Bend, Indiana.  Shortly after they each obtained their bachelor’s degree, Charles was drafted into the Korean war. The couple relocated to Arkansas where Charles was stationed. Once he had completed his service, the couple moved to Detroit, Michigan where Charles had a job working for the Shell Oil Corporation.  When his father had a stroke and heart attack, they relocated to South Bend, Indiana to assist his mother.   Charles had a brief stint as an insurance agent before accepting a job with the Muscular Dystrophy Association (MDA).  In 1962 he accepted a promotion to regional director and moved to St. Louis, Missouri.  He continued working as regional director for a seven state area until his retirement in 1986.  Charles and Norma raised their four children in the suburbs of St. Louis in Creve Coeur, Missouri.

Charles Gage’s career as regional director for the MDA gave him the ability to help transform the lives of people affected by muscular dystrophy, ALS, and related neuromuscular diseases. One of his primary functions as regional director was pioneering new and innovative fundraising campaigns. His efforts allowed him to meet many larger than life figures such as Louis Armstrong, Henry Winkler, and Jerry Lewis, as well as the people and families that his work went to support.

After retiring, the couple moved to Marco Island, Florida, for the year round warmth and sailing opportunities.   Charles has been a lifelong boating enthusiast. He owned his first boat at age sixteen and continuously had a boat the rest of his life.  Besides boating trips, they indulged in their love of travel with many trips across America, Mexico and Europe.

Ten years later they moved to Hot Springs Village, Arkansas and bought a property on a lake and a fishing boat.  After eight years they moved back to Florida but to Punta Gorda this time and purchased a power cruise boat.  About the same time, they bought a condo at Lake of the Ozarks, Missouri and a pontoon boat.  The condo afforded them opportunities to see their children and grandchildren during the summer months. They continued as “snowbirds” until 2022.

Everywhere they went they made new friends and enjoyed the social scenes of the sailing association, the power squadron, and other social clubs. This allowed them to fully enjoy a long retirement filled with friends, family, and adventure.