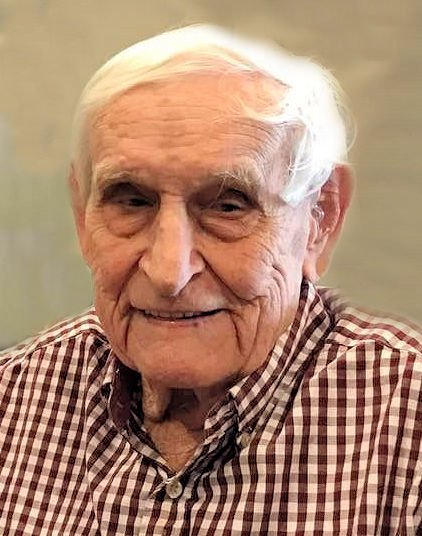 Theron was born January 7, 1922 in Shamrock, Oklahoma. He was the son of Hafford Irwin and Pearl (Bonner) Bradford.

On April 23, 1944 in Macks Creek, Missouri, Theron was united in marriage to Kathryn D. Eidson, who preceded him in death, March 3, 2012.  They shared nearly 68 years of marriage at the time of Kathryn's death.

Theron attended school in Garber, Oklahoma and Macks Creek, Missouri.  He graduated from Macks Creek High School after he had joined CCC when he was 17 and returned to Macks Creek to finish school. After graduating, Theron went to work in Burlington, Iowa, then joined the US Army Air Corp in 1942.  He and Kathryn were married before he was deployed overseas.  He was stationed in Guam, receiving two bronze stars, and was honorably discharged in 1946.  After serving with the Air Corp, Theron went to work in the oil fields retiring after 35 years of employment with Amoco.  Theron and Kathryn moved to Camdenton in 1981 living on Westwood Drive. They enjoyed traveling in the winter in their travel trailer. Theron moved into Lake Parke Assisted Living in May of 2017 where he made many new friends and enjoyed every day. He enjoyed staying active, doing puzzles, socializing and playing games and winning. Theron was a rummikube and shuffleboard champion. He loved his family more than anything.

Theron was preceded in death by his parents, Hafford and Pearl Bradford; his loving wife Kathryn; four brothers, Denzil, Cleveland, Dwayne and Keith; and three sisters, Waunita, Reva and Nedra.

Service will be held on Saturday, February 16, 2019 at 2:00 p.m. at Hedges-Scott Funeral Home, Macks Creek, Missouri. The family will welcome friends for visitation from 12:00-2:00 p.m. prior to service at the funeral home.

The family will host a dinner following burial at 62 Mirage Dr, Roach, MO 65787