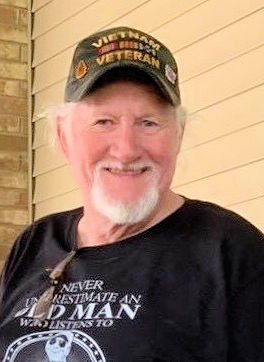 John was born in Shawnee, Oklahoma to Virginia and Lawson Nichols on June 9, 1944. He graduated from Hickman High School in 1962 and received his Bachelor of Science from University of Missouri in 1970. He was in the United States Navy from 1968 to 1970, serving during the Vietnam War. John worked at GTE and owned Nichols Management Team until he retired in 2009. He was a member of many clubs and organizations but riding with the Patriot Guard was dearest to his heart.

John was preceded in death by his parents, Lawson and Virginia Nichols; and wife Nancy (Bright) Nichols.

In lieu of flowers the family requests donations be made to Honor Flight of Central Missouri.

Inurnment will be at New Salem Baptist Cemetery in Ashland, Missouri.