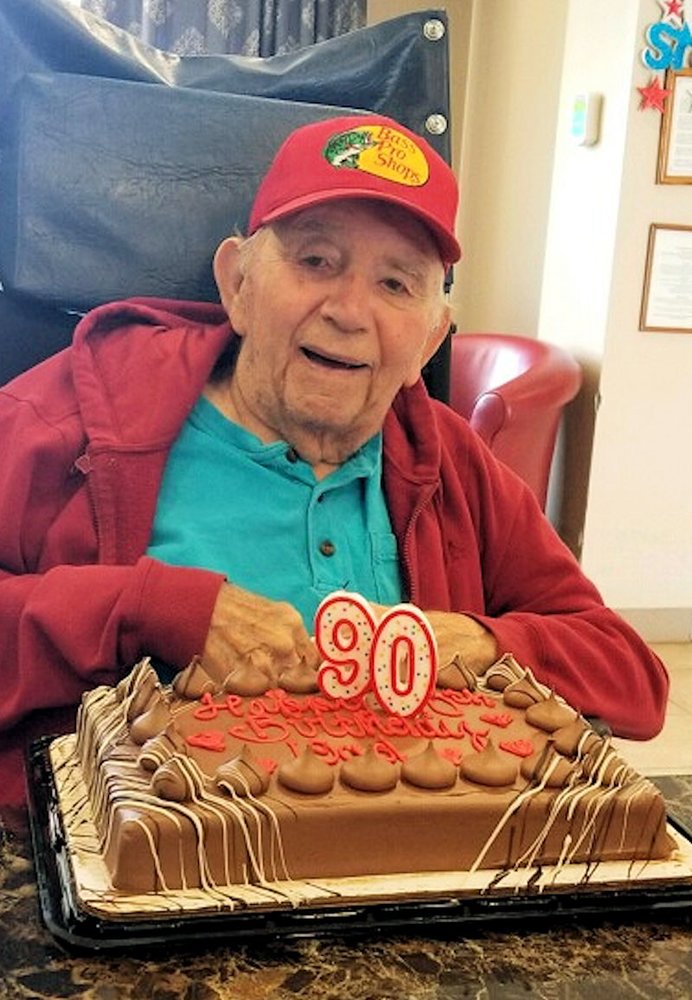 Roland was born on April 3, 1929 in Pacific, Missouri. He was the son of Robert and Lilly (Brazil) Roemer.

On August 11, 1951 Roland was united in marriage to Myrna Gullet in Pacific, Missouri. They shared nearly 56 years together in marriage at the time of her death on April 25, 2008.

Roland was preceded in death by his wife Myrna, his parents Robert and Lilly Roemer and brother Robert.

Roland enjoyed tinkering with steam engines and had a passion for toy trains. He also liked outdoor activities such as hunting, fishing and especially coon hunting. Roland was also a tremendous baker, who loved making treats of all kinds. He was super kind hearted and was always willing to help someone get a fresh start in life. Roland’s greatest joy in this life was spending time with his family.

Memorials are suggested to The Fallen Heroes Fund.