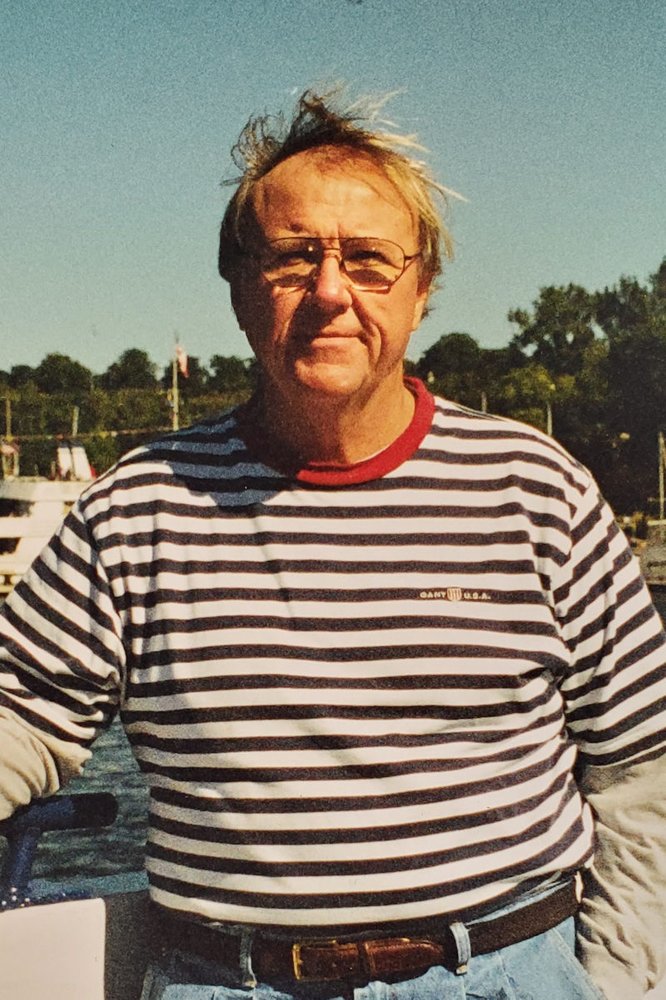 Michael Ben Craig, age 76, passed away on August 20, 2019 at home surrounded by his family following a short battle with cancer.

Born on September 4, 1942 in Los Angeles, CA to Harley and Ruth (Long) Craig (both parents preceded him in death), The family moved to Eldon, Mo in 1950 and fell in love with the Lake of the Ozarks. After graduating from Eldon High School in 1960, he found his place at Drury University (a “college” back then) in Springfield, Mo. where he majored in English, Speech and Theater. While at Drury, Mike joined the Kappa Alpha fraternity where his brotherhood truly became his family. In 1968, several of these brothers gathered at the lake for a reunion and this September will celebrate their 51st reunion.

After teaching for six great years at School of the Osage, Mike decided to enter the restaurant business and from 1968 through 2016 he owned and operated several restaurants in the area including “Ole Fish’n Hole” and “Village Smorgasbord” in the early days to “The Happy Fisherman”, which was open for 38 years. In 1975, Mike was inducted into the Missouri Restaurant Association (MRA), a 3,000 plus member association, and in 1987 he was elected President and later served as Board Chairman.  He remained an active member and supporter for many years. In 1981, Mike was selected as the Missouri State “Restauranteur of the Year” and later he was inducted into the Missouri Restaurant Association Hall of Fame.  He also served as Director and President of the original Lake of the Ozarks Association. In 1983, he was selected to serve on the Missouri Board of Tourism for a term. In 1987, Mike was elected Mayor of the City of Osage Beach and, as a part of his platform, declared that he would only serve two terms. He kept his word.

Mike was a fifty plus year member of Masonic Lodge # 320, and a long-time Shriner as well.

In November of 1999, Mike became an active member of the 12-step program AA and has remained true to its principles. He was always about second chances for his fellow man and devoted his life to helping those around him, many of whom were also in the program.

Early in the 1970’s, Mike affiliated his church membership to Harper Chapel United Methodist and chaired several committees as well as the Administrative Board. He enjoyed serving as a Lay Leader and studied the Bible diligently, teaching numerous classes throughout the years through the church and within the community.

As a young man, Mike enjoyed bird hunting with his dad and their favorite dogs, John Boy and Bo, in western Kansas and later shooting prairie dogs in Wyoming  and South Dakota with lake friends. He was a passionate collector and restorer of cars throughout the years as well as nautical antiques and outboard motors in particular and has over 400 in his collection. Collector of all things fine interested him and his daughter, Sally, currently operates this accumulation as, “Antiques at the Bridge” in Osage Beach.

Always active and very much involved with family and community, he has always quoted, “If it ends tomorrow, it’s been a good run”. He was and will always remain in our hearts as a loving husband, father and grandfather who taught us many lessons in life.

Mike will be greatly missed by his family and friends.

A Celebration of Mike’s life will be held at 12:00 pm, Saturday, August 31, 2019 at Harper Chapel United Methodist Church, Osage Beach, Missouri.  The family will welcome friends for visitation from 10:00 am-12:00pm prior to services at the church.

Memorials are suggested to either Harper Chapel God’s Cupboard (local mission) or to American Cancer Society.