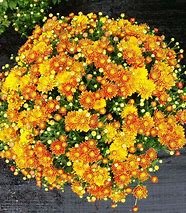 Janet graduated from Fairmount High School in 1955. She was united in marriage to John Hueston in November 1955 and had four children. From the beginning, Janet was a Navy wife and mother raising children while adjusting to frequent duty station changes and extended deployments. During their career they were stationed in California, Hawaii, Nevada and Indiana. John and Janet retired to Iberia, Missouri in 1988 and enjoyed retirement.

She was preceded in death by her husband of 53 years, John S. Hueston, formerly of Gas City, Indiana.