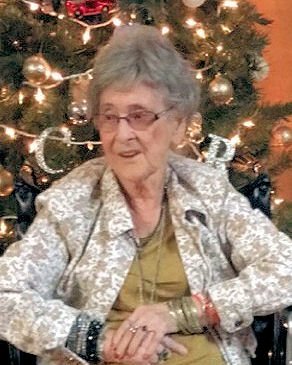 Ruby was born September 15, 1929, the daughter of William and Leona (Albertson) Luttrell.

Ruby was married to Cletus Stark, who preceded her in death.  Ruby was a loving and devoted wife and mother, and  enjoyed her role as homemaker, where she created many beautiful memories for all to cherish.  She loved fishing and enjoyed collecting hats.  Her greatest joy however was her family, especially her grandchildren.

Private family services will be held at a later date.

Memorials are suggested to the family.