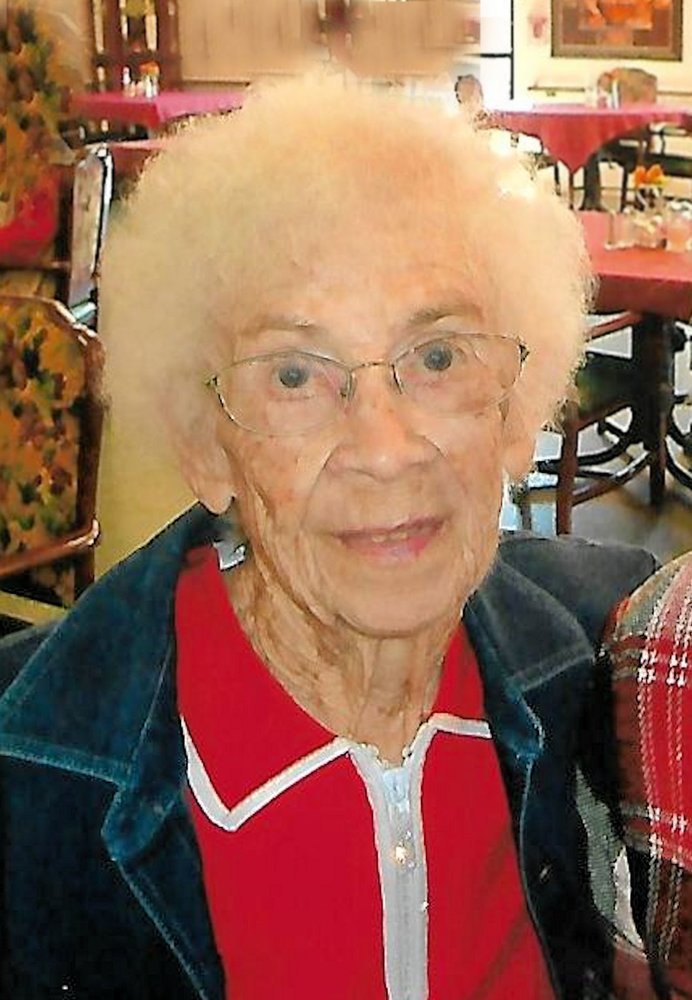 Susan was born February 13, 1915 in Chelsea, Iowa, five years before women were given the right to vote.    Susan was a school teacher whose career began in a one-room school.  She married her husband Edward whose career in construction placed them in Iowa, Colorado, California and finally Missouri in 1985, where he built their home on Big Island.  While a resident in Iowa, she taught school and her husband worked at Kiowa Corporation in nearby Marshalltown.  She later taught mostly junior high students in the states where her husband worked.

Later in her life, Susan continued her love of learning as she was an avid reader.  She remained quick-witted through her older years, and was quoted at her 102nd birthday, “You mean I have to get to 102 before I get some notoriety? It just ain’t fair”

Susan is survived by her son, Paul Campbell.  She was preceded in death by her parents; her husband, Edward; and her daughter, Candace Wolfe.

Celebration of Life will be held at 11:30 am, Sunday, November 17, 2019 at Lake Presbyterian Church, Osage Beach, Missouri.   Coffee and cookies will be served after services.

She will be laid to rest in Marshalltown, Iowa.