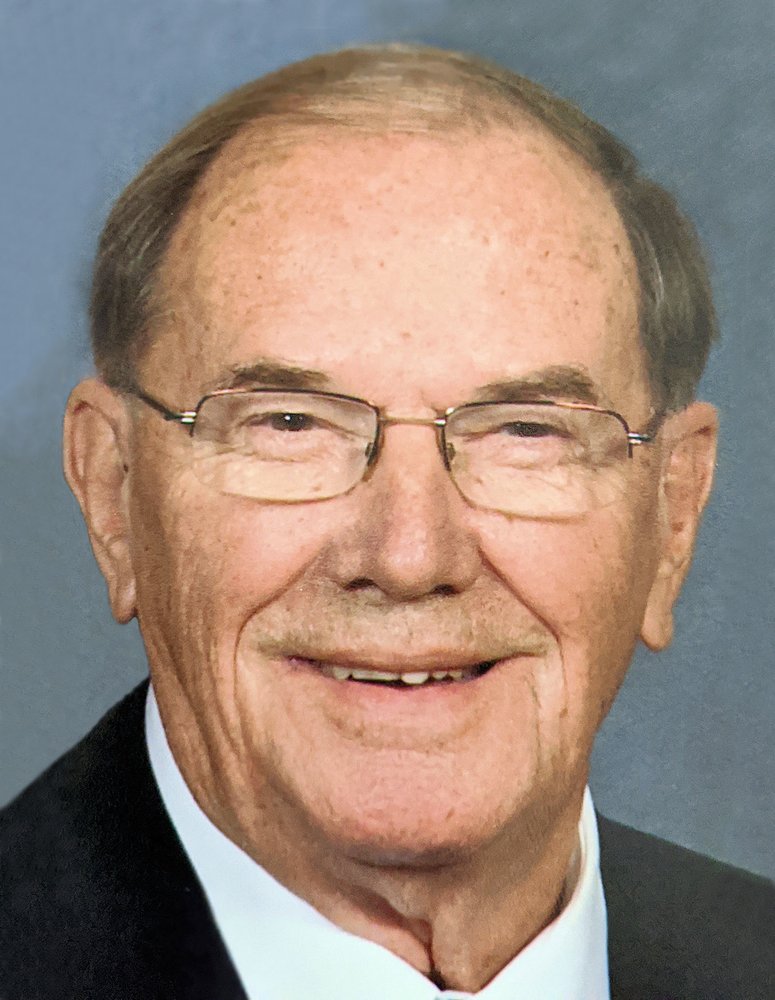 William Leroy Van Weelden was born on February 22, 1937 near New Sharon, Iowa and was taken home to be with his Lord on Tuesday, February 4, 2020 at the age of 82 years in Osage Beach, Missouri. Leroy was the oldest of five children born to John and Cornelia “Kay” DeRonde. He moved to Pella, Iowa in 1957 and united in marriage to Lola Ruth De Zwarte in 1958. Together they had four children: Lowell, Lynn, Kelly, and Stuart. Leroy worked at the Pella Chronicle 1958 to 1965 as a shop manager and linotype operator, and was a salesman for Colonial Baking Company from 1966 to 1979. He began working at Vermeer Manufacturing in 1979 and was a salesman until he retired in 2002. Leroy was always good for a joke from his many years of sales. He had a hard work ethic, and the family is proud of his many accomplishments. Leroy grew up playing fast-pitch softball as a pitcher with his brother, Casey, who was a catcher. He enjoyed bowling and golfing, and he loved driving his family in the boat. When the children were younger, many weekends were spent at Lake Red Rock in Pella swimming, waterskiing and enjoying the outdoors. The family has special memories of the Lake of the Ozarks in Missouri. This is where Leroy and Lola spent their honeymoon, and it was the yearly family vacation destination since the 1960’s. They retired and moved to the lake permanently in 2002. Leroy was a member of Harper Chapel United Methodist Church. He enjoyed visits from friends, family and grandchildren, frequenting his favorite local restaurants, relaxing on his deck, and watching boats on the lake. Those left to cherish his memories are his wife Lola Van Weelden; his children and their families Lowell and Lisa (Caldwell) Van Weelden of Nevada, Iowa, Lynn and Bob Swank of Richmond, Virginia, Levi and Mindy (Wan) Swank, great-granddaughter Audrey, Morgan Swank, Mikala (Swank) and Peter Thompson, Kelly and Kim (Lindblad) Van Weelden of Tallahassee, Florida, Jasmine Van Weelden, Jager Van Weelden, and Stuart Van Weelden of Des Moines, Iowa. He is also survived by his brothers and sisters and their spouses: Casey and Esther Van Weelden of Pella, Iowa; John and Pat Van Weelden of Albia, Iowa; Alida Van Weelden of Asheville, North Carolina; and Janice and Al Rozenboom of Cutlerville, Michigan. Leroy was proceeded in death by his parents John and Kay Van Weelden and infant sister Joan Elizabeth. A private ceremony will be held for close family. Memorial contributions may be made to Kids’ Harbor Inc at 5717 Chapel Drive, Osage Beach, Missouri 65065. To send a memorial card to the family, please send to PO Box 98, Osage Beach, Missouri 65065.