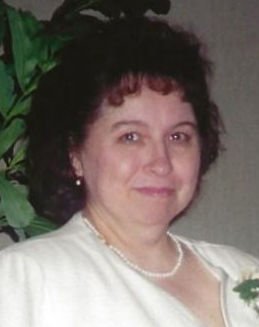 Judith K. Childers, age 75, of Camdenton, Missouri passed away Friday, February 7, 2020 at Magnolia Square Nursing and Rehabilitation in Springfield, Missouri. Judith was born December 26, 1944 in Du Quoin, Illinois, to Wilbur and Virginia (Eaton) McCrary. Judith was united in marriage to Fredrick L. Childers on August 25, 1967. They shared 41 years together when he preceded her in death on December 19, 2008. Judith was a member of First Baptist Church Camdenton for many years. She was a care giver to her son Scott. She loved to spend time with her family. She was an amazing wife, mother, grandmother, sister, and friend. She will be greatly missed by all who knew and loved her. Judith is survived by her son Scott Childers of Camdenton, Missouri; her daughter Robin Betcher and husband Craig of Branson, Missouri; her grandchildren Kaylee Betcher and Brynn Betcher both of Branson, Missouri; her brother Jack McCrary and wife Sandy of Pinckneyville, Illinois; her brothers-in-law Bud Childers and wife Pam of Chattanooga, Tennessee and Bob Childers and wife Suzi of Anacortes, Washington; her sisters-in-law Teresa Lovette and husband Mike of Casa Grande, Arizona and Eva Pannier and husband Howard of Marissa, Illinois; and her beloved dog Sugar. Judith was preceded in death by her parents Wilbur and Virginia McCrary and her husband Fredrick Childers. A Celebration of Life will be held at 11:00 am on Monday, February 10, 2020 at First Baptist Church in Camdenton, Missouri. Memorials are suggested to First Baptist Church of Camdenton, Missouri.