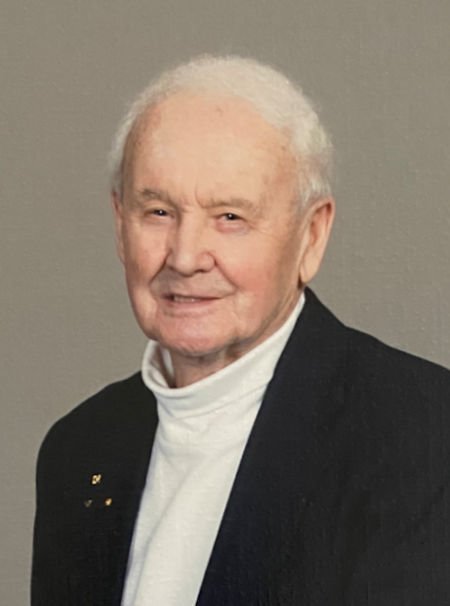 Roland George Winters, age 90, of Lake Ozark, Missouri passed away Sunday, March 15, 2020 at his home in Lake Ozark. Roland was born December 27, 1929 in Chicago, Illinois, the son of Walter and Gertrude (Tellis) Winters. Roland was united in marriage to Margaret Honegger on May 6, 1952 in Mundelein, Illinois. They shared 54 years together prior to her passing on March 26, 2006. Roland was the owner and operator of Home Craft Repairs for 45 years. He was a long-time member of Faith Bridge United Methodist Church of Osage Beach, Missouri. Roland was a member of Shriner Abou Ben Adhem of Springfield, Missouri as well as the Masonic Lodge of Lake Ozark, Missouri and the Lions Club of Osage Beach, Missouri. In his spare time, he enjoyed boating and traveling, especially to the Virgin Islands. He was a loving, father, grandfather, great-grandfather, brother and friend. Roland is survived by his sons Greg Winters and wife Patty of Libertyville, Illinois and Jeffery Winters and wife Elissa of Eugene, Missouri; his daughters Christianne Cleary and husband Jerry of Four Seasons, Missouri and Sandy Lemay of Spring Grove, Illinois; eight grandchildren; sixteen great-grandchildren; sister Carol Steffen and many other relatives and friends. Roland was preceded in death by his parents Walter and Gertrude Winters and his wife Margaret Winters. A Celebration of Life will be held at 7:00 pm, Wednesday, March 18, 2020 at Hedges-Scott Funeral Home in Osage Beach, Missouri. The family will welcome friends for visitation from 3:00-7:00 pm prior to services at the funeral home. Memorials are suggested to Shriners Hospital, St. Louis, Missouri.