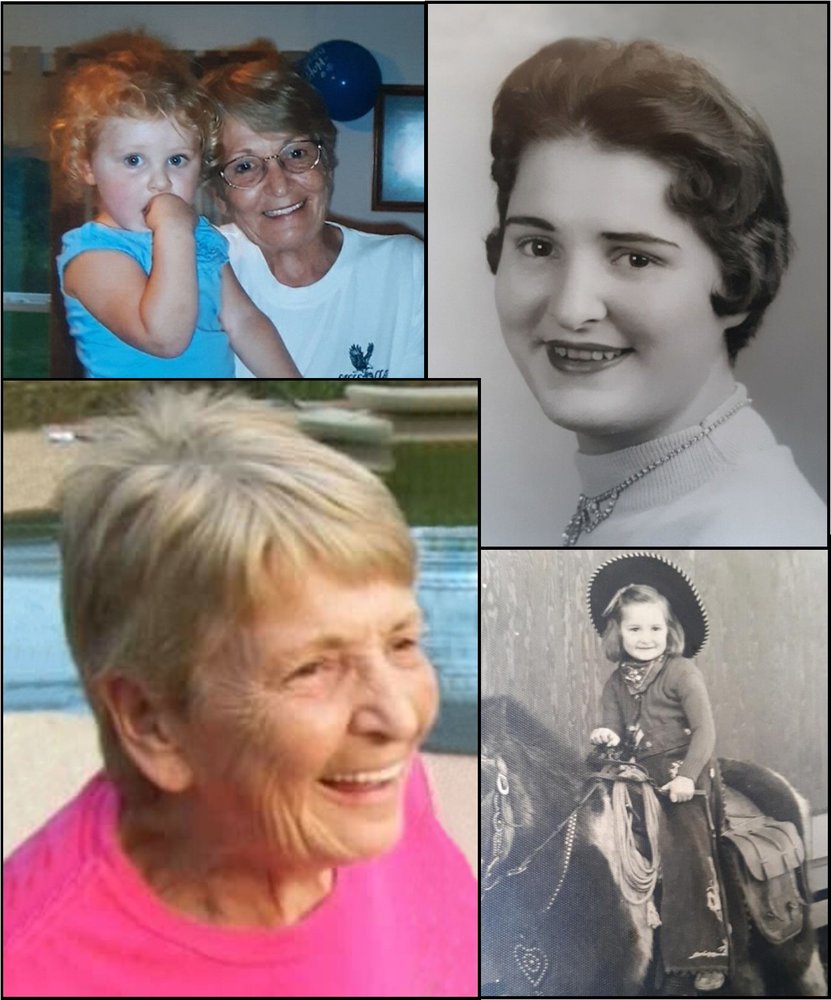 Laurita “Pug” Kathleen Huber Parrack, age 81, of Roach, Missouri went on to be with her Savior on Saturday, March 21, 2020 at 11:16 a.m. at her home on the farm following a long battle with cancer. She was born to John and Gertrude (Evans) Huber in Branch, Missouri on her mother's birthday, September 3, 1938, a birthday later shared with great granddaughter Shelby in 2005. Her school years were spent at Tunas School where she graduated from high school in 1957. After graduating from high school she lived in Kansas City, Missouri for a time while working as a telephone switchboard operator. After returning home, she was united in marriage to John “Jack” Parrack on January 17, 1958. They moved to Kansas City to begin their lifelong journey together, Jack working at Bendix and Pug working for the Angus Association before pursuing the dream of owning a dairy farm. In 1964, they purchased a family farm in Roach, Missouri and began a dairy operation milking Holstein dairy cattle, later adding to their farming operation by purchasing the farm on which Pug grew up, in Branch, Missouri. Laurita “Pug” and John “Jack” Parrack were married for 49 years before his passing. Pug accepted Christ as her Savior at a young age. She was a member of Branch Assembly of God for several years, where she attended until her passing, the church that her grandfather, William Evans, founded. She is survived by her daughter Kathy and husband Larry Mankey, daughter Donna Skinner, seven grandchildren, twelve great grandchildren; sisters Marita Kennedy, Allita Janet Carter, Maudie Fay Saunders, brothers John Huber Jr. and William “Billy” Huber as well as a host of other family and friends who love her and will miss her dearly. She was preceded in death by her parents, husband Jack, her son-in-law John Skinner, great grandchildren Keldee Renee and Kaygyn Jack Dority, nephew Sam Parrack, several brother-in-laws and a sister-in-law, all of whom she loved dearly. Pug was a strong woman, hardworking on the farm and in the home with many talents, of which you would never hear her speak, but these talents were appreciated by many. She was a gifted seamstress, which you had to be when needing to make clothes for your children. Pug was known as a wonderful cook, especially for her chicken n’ noodles and macaroni n’ cheese, among many other items. There are few who were as dedicated to “spoiling” grandchildren and great grandchildren, or any children for that matter, who came visiting. There were always treats, especially ice cream, at Mamaw’s house! She baked and beautifully decorated cakes for birthdays and other occasions. In her earlier years, she particularly loved going to the lake and enjoyed fishing, although she could never outfish Jack, nor could anyone else! Most of all, Pug was a woman of deep faith and unconditional love who touched countless lives in her 81 years on this earth. A drive-in funeral service will be held at Branch Assembly of God Church on Thursday, March 26, 2020 at 2:00 p.m. A Private Interment will be held at Macks Creek Cemetery following the services. In lieu of flowers, please send memorial gifts to Lake Regional Cancer Center Hope Fund Attn: Terri Hall Lake Regional Cancer Center Hope Fund 54 Hospital Drive, Osage Beach, Missouri 65065.