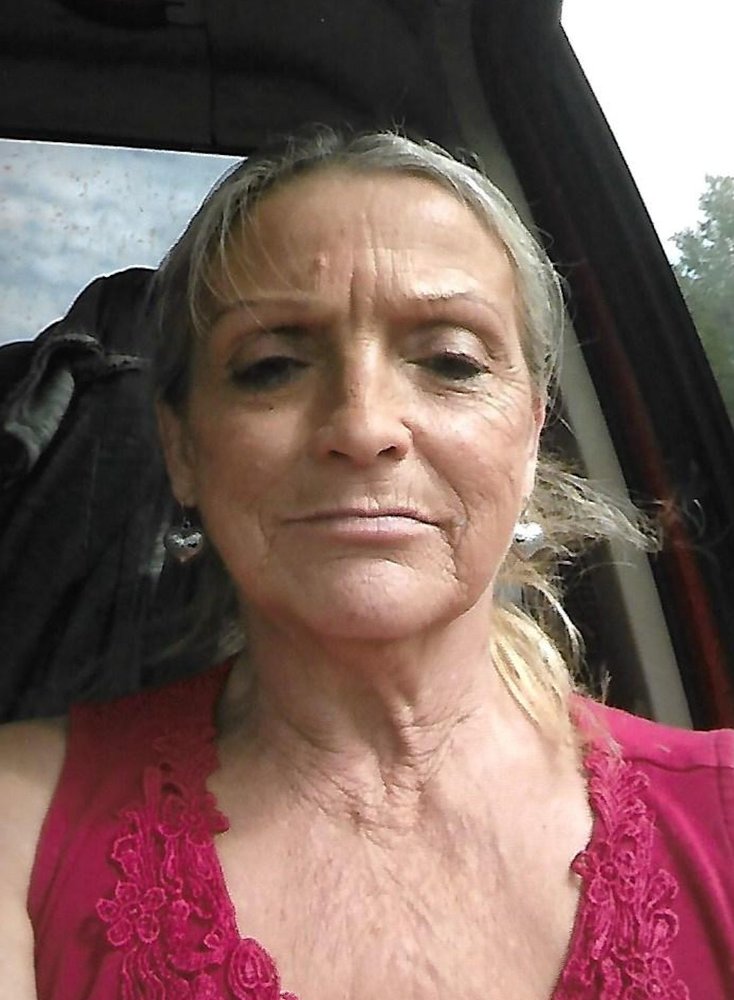 Shirley Ann Cartwright, age 56, of Camdenton, Missouri passed away Tuesday, May 19, 2020 at her home in Camdenton. Shirley, born on June 27, 1963 in Oklahoma City, Oklahoma, to Herbert and Sara McGuire. Shirley left school in the 9th grade and went on to marry George A. Cartwright in 1978. The couple lived together in Tulsa, Oklahoma. Later that year they moved to Guthrie, Oklahoma. In October of 1982, Shirley gave birth to their 1st son Dustin L. Cartwright in Edmond, Oklahoma. Three years later they had their 2nd son Jeffery D. Cartwright. Shortly after Jeff was, they moved back to Tulsa, Oklahoma where they had their 3rd child Sara A. Main (Cartwright). After Sara was born, the quickly growing family moved to Wickenburg, Arizona and had their 4th child Leonard N. Cartwright who was born in Prescott, Arizona in 1988. In 1989, the family moved to Camden County in Missouri. In 1996, they had their 5th and final child Francine R. Manning (Cartwright) in Osage Beach, Missouri. Shirley devoted her time to her children, grand-children, and her family. Enjoying family gatherings and spending as much time with her family as possible. Shirley also enjoyed being outdoors to sun bath, plant flowers, and keep her flower garden well weeded. Shirley has 12 grandchildren who were her everything, and she loved spending as much time with them as she could. Shirley is survived by 2 of her sons Dustin L. Cartwright (Camdenton, Missouri) and Leonard N. Cartwright (Lebanon, Missouri); 1 daughter Francine R. Manning (Climax Springs, Missouri); as well as her husband George A. Cartwright; daughter-in-law Adrianne M. Cartwright (Gentry); and 2 sons-in-law Mark Main (Rolla, Missouri) and Cody D. Manning (Climax Springs, Missouri). Also surviving are her sisters Dusty Ramos (Montreal, Missouri) and Kay Merdith (Guthrie, Oklahoma); her brothers Lexal McGuire (New Mexico), Leonard McGuire (Guthrie, Oklahoma), and Linn McGuire (Guthrie, Oklahoma); as well as several cousins, nieces, and nephews. Those who went ahead to prepare for the reunion party include her mother Sara E. McGuire, her brother Lloyd McGuire, her daughter Sara A. Main (Cartwright), and her son Jeffery D. Cartwright. A Celebration of Life will be held at 1:00 – 2:00 pm Saturday, May 30, 2020 at Hedges-Scott Funeral Home in Camdenton, Missouri.
Saturday
30
May