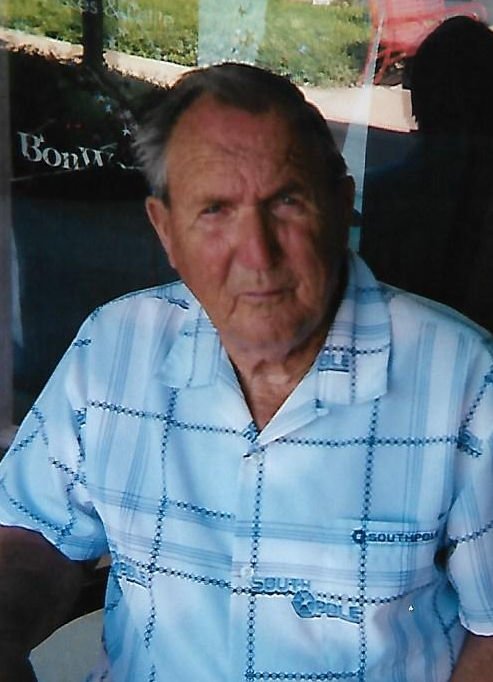 Bennie K. Kissinger, age 91, of Crocker, Missouri passed away Saturday, June 13, 2020 at Miller County Care and Rehabilitation Center in Tuscumbia, Missouri. Bennie was born April 22, 1929 in Hazelgreen, Missouri to Ben and Ila (Harris) Kissinger. Bennie was united in marriage to Inis Keeth on June 3, 1950 in Swedeburg, Missouri. They shared 70 years of love and laughter until his passing. Bennie worked as a roller operator in the Asphalt industry for many years and retired from Hedges Funeral Home. He loved being outside whether it was hunting, fishing, or gardening. Bennie also enjoyed going bowling. The time he treasured the most was watching his grandkids play ball. Bennie was a loving husband, father, grandfather, and friend. Those who loved and knew him will treasure the memories with him, and he will be deeply missed. Bennie is survived by his wife Inis Kissinger of the home; his son Bennie Kissinger, Jr. and wife Brenda of Crocker, Missouri; his daughters Debbie Hulsey of Eldon, Missouri and Pat Byrd and husband Claud of Brumley, Missouri; six grandchildren Brad, Bruce, Tonya, Quentin, Keith, and Brandon; 20 great-grandchildren; and many other relatives and friends. Bennie was preceded in death by his parents Ben and Ila Kissinger and his sisters Agnes Kramer and Virginia Powers. Per Bennie’s request, a private family service will be held at a later date.