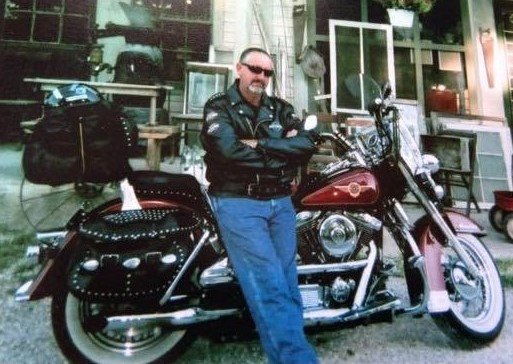 David Allen Reed, age 63, of Camdenton, Missouri passed away peacefully at his home surrounded by loved ones on Wednesday, June 24, 2020. David was born on June 26, 1956 in Buffalo, Missouri, the son of Phillip and Mamie (Dotson) Reed. He was united in marriage on March 11, 1978 to Teresa Taylor. Together they shared 42 years and 3 children. David was most recently employed at Dierbergs Lakeview Point in Osage Beach. He loved his job and his customers and coworkers adored him. Through the years, David worked at Woods in Buffalo and also ran a successful construction company with his son. David was an avid hunter, fisherman, old west enthusiast and Harley Davidson rider; none of these hobbies were as important as his titles of husband, father, and GRANDPA! David’s favorite days were spent with the entire family gathered around where he could watch his grandkids play and hunt critters in the yard. David is survived by his wife, Teresa (Taylor) Reed of the home; his son Quent and wife Roxy of Osage Beach; his daughter Brittany and husband Derek “Biff” Pendleton of Camdenton; his daughter Kellie and husband Lee Schuman of Osage Beach; six grandchildren: Gage, Harper, Bella, Tucker, Brayson and Lydia; in-laws Denzil and Peggy Taylor of Pittsburg, Missouri; brother Darrell Reed of Buffalo; and sister Diana Moyle of Buffalo. David was preceded in death by his parents. At David’s request a small, private memorial will be held for family.