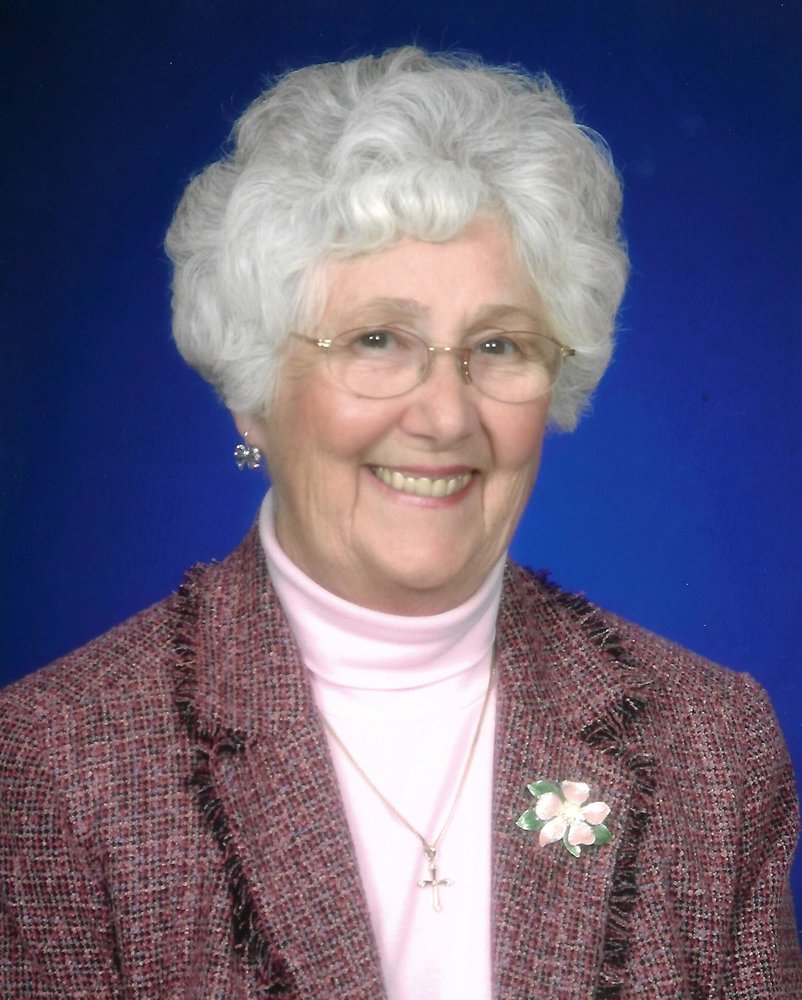 Mary "Laurie" Welch, age 89, of Camdenton, Missouri, passed away peacefully Friday, July 24, 2020 at Lake Regional Health System, Osage Beach, Missouri. Laurie was born October 4, 1930 in Morristown, New Jersey, the daughter of Oscar and Imogene Kincaid. On September 24, 1950 she was united in marriage to Gary Hall Welch and to this union, three children were born. For years she worked in her children's school kitchen and school snack bar. She was the favorite "lunch lady." Preceding her in death was her beloved husband Gary. Survivors include her son, David T. Welch and his wife, Lucy, of Camdenton, Missouri; two daughters, Debbie Maddox and her husband, Dan, of Atlanta, Georgia, and Jan Tisdale and her husband, Jim, of Camdenton, Missouri. She was a loving grandmother to five grandchildren; Katie Bohl and husband, Andy, of St. Louis, Missouri, Allie Pennington and husband, Andrew, of Columbia, Missouri, Nick Maddox and wife, Stephanie, of Atlanta, Georgia, Adam Maddox and wife, Laura, of Atlanta, Georgia, and Cristin Tisdale, of Cape Cod, Massachusetts; and nine cherished great-grandchildren. Also surviving are her family at Lake Parke Senior Living; one brother-in-law, Daren Welch, of Houston, Texas; one niece, two nephews and many friends. Laurie was a member of Camdenton United Methodist Church where she was active in the women's group. She was a long-time volunteer with the Camdenton RIII School District and Lamb House and served on the board of the Lake of the Ozarks Developmental Center. Laurie also volunteered for the Community Blood Bank and Meals on Wheels and was a member of the Red Hats Society. A Celebration of Life will be announced at a later date. The family suggests memorials to Camdenton United Methodist Church or Lamb House of Camdenton.