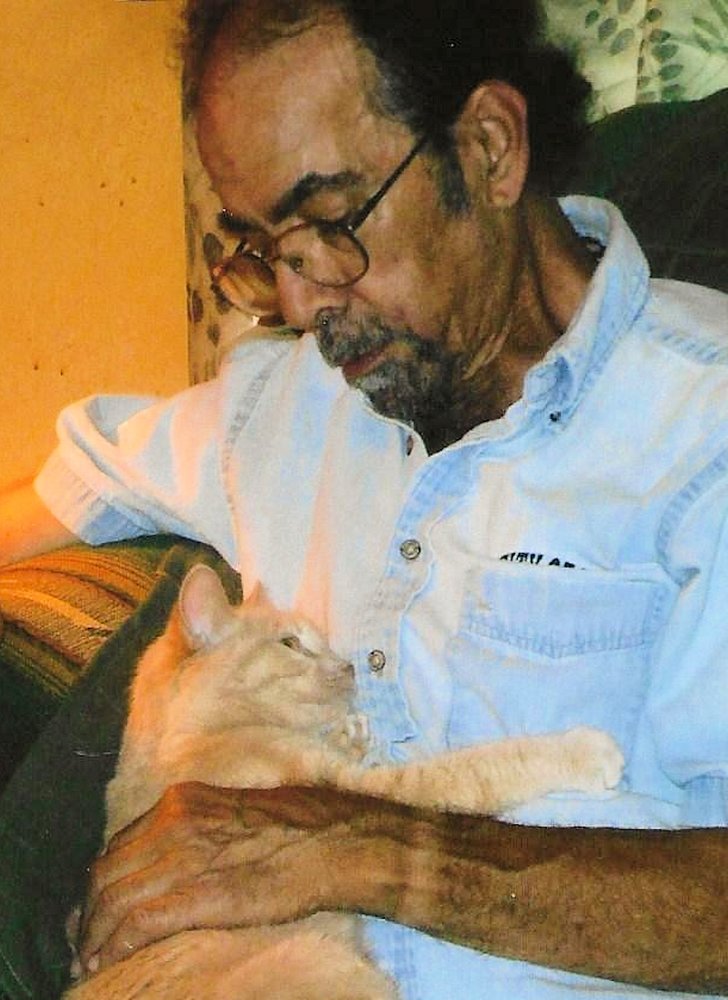 John Edward Martino, age 76, of Eldon, Missouri, departed this life on Tuesday, November 3, 2020, at Lake Regional Health System in Osage Beach, Missouri. John was born May 1, 1944 in St. Louis, Missouri, the son of Nicholas and Mildred (Waddell) Martino. John was a loving and caring man. He cared for all animals, especially his cats. Over the past five years, he spent many hours volunteering at the local humane society. John was loved by everyone who knew him, and he will be greatly missed. John is survived by his significant other Janeen Maxwell of the home; his daughter Valarie Coelho and husband Pelagio of Bayville, New Jersey; his sisters Joanne Weltner of East Brunswick, New Jersey and Carol Visconti of Tinton, New Jersey; his four grandchildren; and many other relatives and friends. John was preceded in death by his parents Nicholas and Mildred Martino.

No services are scheduled at this time.
Share A Memory
Plant a Tree