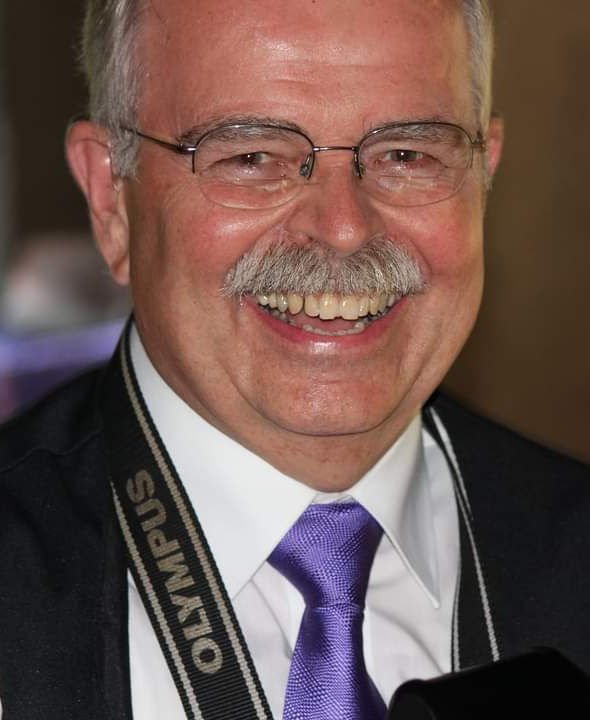 Jim was born March 21, 1950, in Perry, Iowa, the son of John Leroy Killam and (Lola) Arlene Norris Killam of Perry. He attended grade school in Ottumwa, Iowa, and from fifth grade in the Des Moines public schools, graduating from Roosevelt High School with the Class of 1968.

He was a life-long teacher and learner. He attended Morningside College in Sioux City, Iowa, where he met his wife of 49 years, Inez West, and they were married on November 19, 1971, in Des Moines, Iowa.  The couple had two sons, John Nathaniel West Killam and James David West Killam.  During his life, he attended Iowa State University, the University of Iowa, Coe College in Cedar Rapids, Iowa, and Lindenwood College in St. Charles, Missouri.

He traveled in sales for many years in Tulsa, Oklahoma, St. Peters, Georgia, Sidney, Iowa, and Osage Beach, Missouri. He was working for GB Maintenance in Kaiser, Missouri at the time of his death from Covid-19.

He devoted a large part of his life to Harper Chapel United Methodist Church in Osage Beach where he was a member and to the Lake of the Ozarks Soccer Association.  He was a trainer for soccer referees in mid-Missouri.  He was passionate about teaching whether it was through his church life or through soccer.

He was preceded in death by his parents and a niece, Carmen Ann Killam.

There will be no services at his request to avoid the spread of the Coronavirus.

No services will be held at Jim's request to avoid the spread of the Coronavirus.