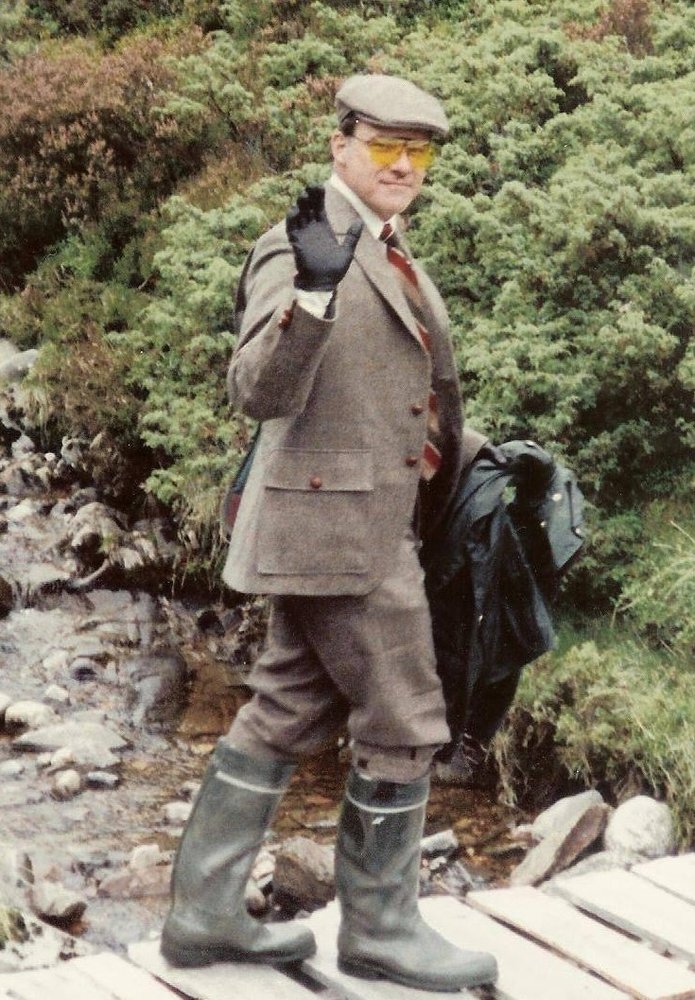 Harold Joe Pryor, MD, finished his burdensome journey with Alzheimer’s disease April 27, 2021, at his home in Lake Ozark, Missouri, with his wife, son, and daughter by his side. Joe was born October 26, 1943, the first child of Harold Max Pryor and Mary Susie Bear Pryor. He welcomed his little sister, Patricia Louise Pryor Hillman, three years later and they remained best friends until her death in 1979.

Joe grew up in Tuscumbia, Missouri and had a lifelong love for that community as well as all of Miller County. He was Valedictorian of his graduating class at Tuscumbia High School, the President’s Scholar at Missouri Valley College and received early admission into the University of Missouri’s Medical School. He did a rotating internship at the University of Oregon’s Hospitals and Clinics then returned to MU’s Medical Center for residency programs in Internal Medicine and Physical Medicine and Rehabilitation.

He was a Major in the US Army, serving as the Medical Director of the Department of PM&R at Madigan Army Medical Center, Fort Lewis, Washington, at the end of the Vietnam war. He returned to Missouri and established a private practice in Kansas City, concentrating on neuromuscular diseases. He founded the EMG Laboratory at Research Medical Center, limiting his practice to electromyography and nerve conduction studies.

Upon retirement, he returned to Miller County and spent six years as President of its Historical Society, funding a building program that doubled the size of the museum as well as remodeling the old section. He loved visiting families, writing their stories, and scanning their photographs for sharing on the MCHS website.

Joe was a man of many interests and hobbies. He was an accomplished ventriloquist, performing for church, school, and hospital programs. He loved country music and played guitar and mandolin, as well as the piano. He canoed, floating all the rivers within a weekend’s drive, eventually buying a farm on the Niangua River. The remote site hosted many family reunions and youth group retreats.

Sport shooting then became a consuming passion, which meant dogs, sporting clays, double barreled shotguns, and years spent searching out those upland game birds in the US. He traveled to Europe and the UK, as well as South America in pursuit of even more bird adventures.

In later years he decided he should learn the game of golf, which involved more clinics and hours of practice. He was quite proud of his hole in one at Porto Cima’s course.

In the last decade as a practicing physician, he noticed that a majority of his patients were Mexican immigrants and struggled to speak English. He decided to learn Spanish so that he could communicate with them. He studied textbooks, took language classes, watched Telemundo, and began traveling to Mexico. Soon, he was functionally fluent in the language and enjoyed speaking with his patients in their language. His research of the language and the country led to his purchase of a home in Mexico’s Yucatan coast which he enjoyed until its sale in 2008.

Even though Joe’s accomplishments were impressive, it is the essence of this man that made him unique. He was always kind, extremely generous, polite, and appreciative. He expressed his gratitude for all until just a few days before his death. He was a Christian who lived his faith on a daily basis. His study and work ethic were unmatched, yet he always prioritized family. He had a dry sense of humor that came to be called ‘Joe jokes.’ He was childlike in his enjoyment of the holidays, practical jokes, Silver Dollar City, bluegrass music, and sody-pop.

When he was diagnosed with dementia in 2012, he stepped away from all his responsibilities and devoted himself to Judy and his family, building lasting memories for them even as he was losing his. He and Judy spent five years traveling, which included four world cruises and trips in an Airstream van. He hosted his entire family on two Christmas cruises and also one to Alaska.

As he was declining, Haley Jo’s birth gave him a new purpose as another “papa” to a fourth cherished granddaughter.

Joe was loved by so many and will be deeply missed.

A Celebration of Life will be held at 1:00 pm on Sunday, May 2, 2021 at Ninth Street Christian Church in Eldon, Missouri.

Inurnment will be at Williams Cemetery in Iberia, Missouri.