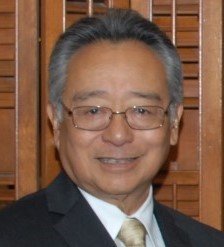 Louis John Tuck passed away peacefully on Sunday, May 9, 2021 at his home near Linn Creek, Missouri.

He was born on September 18, 1942 to Louis and Margaret Tuck (nee Hernandez) and grew up in the Kansas City area. John attended Westport High School graduating in 1960 and went to work at Cunningham Oldsmobile in Kansas City as a mechanic before serving in the US Navy aboard the USS Halsey from 1962 through 1966. Upon exiting the service, John worked for Bendix for a brief period, then GE as a technician and eventually RCA/Sperry/Unisys. While working a full-time job to support his family, John went to night school at the University of Missouri Kansas City and earned his degree in Electrical Engineering in the mid-1970s. After a 25-year career, John left Sperry/Unisys in 1993 and found his true calling as a teacher/instructor at Johnson County Community College. He had an illustrious second career there for 25 years. His love of teaching and passing on knowledge was immeasurable and was reflected in his impact on his students and other faculty. John was an avid hobbyist and excelled at everything he set his mind to do throughout his life. His interests varied widely and included photography, art, woodworking and HAM radio (WA0RLB). John loved to spend time boating and relaxing with family and friends at the Lake of the Ozarks and in 2016 moved to the Camdenton, Missouri area.  In March 2019, John was diagnosed with cancer and fought it courageously until his passing. Despite contributing to his illness, he was a proud Vietnam War veteran and was honored to have served his country. In 2019 he was fortunate enough to be selected for an Honor Flight to Washington DC (Flight #58) to visit the Vietnam Memorial in appreciation for his service.

John was a friend to all and it would be impossible to list all the people that he positively influenced throughout his life. He will be dearly missed.

Family and friends are invited to visit and share fond memories in celebration of John’s life at The Homestead in Wilshire Farms, 15600 Eby St., Overland Park, KS on July 8, 2021 from 7:00 to 9:00 pm. Full military funeral services will be held at 10 am on July 9, 2021 at the Leavenworth National Cemetery, 150 Muncie Road, Leavenworth, KS.

In lieu of flowers, the family suggests donations to the Central Missouri Honor Flight (www.centralmissourihonorflight.com/) or Missouri Forget Me Not Horse Rescue (www.missouriforgetmenot.org).