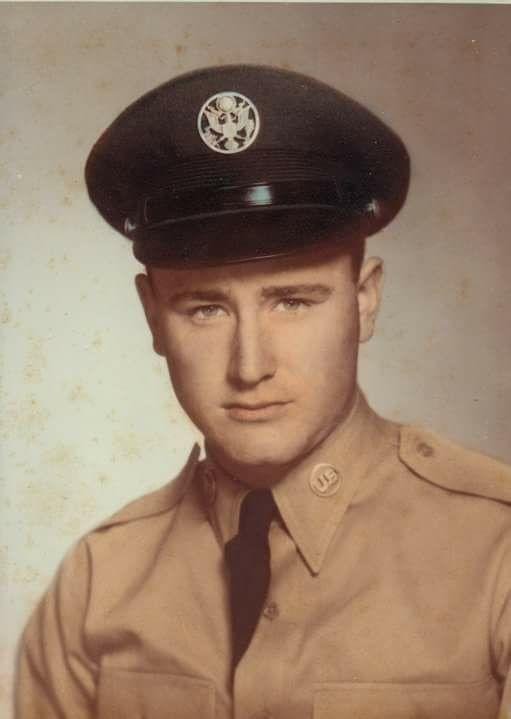 Harold Edgar Henderson was born in Lead Mine, Missouri March 23, 1933, the son of Edgar and Anna Henderson.  He went to be with the Lord Thursday, June 3, 2021 at his home in Bolivar, Missouri after several years of ill health.

Harold spent all of his years as a child and young man growing, learning, and working on his parents’ cattle and turkey farm located between Tunas and Lead Mine, Missouri.  His first two years of public school were spent in a one room school in Lead Mine. After that school closed, he finished his remaining school years at Tunas, graduating from Tunas High School in 1950.  Harold was an excellent student and continued to pursue his education at Southwest Missouri State College until events during the Korean Conflict inspired him to enlist in the United States Air Force.  After his Air Force Service, he moved to Kansas City, Missouri and began working in the financial industry as a collector and credit manager.  While seeking a ride home to Lead Mine one weekend, he shared a car with a pretty young woman headed to her home in Macks Creek.  That chance meeting led to 63 years of marriage to Janie Sue Whitworth, with only her death in 2019 separating the couple.  This union resulted in the birth of two children, Kim and Steve, in 1960 and 1956.

Harold and his growing family relocated to the Tunas area in the late fifties where he was employed by Bank of Urbana and later became the manager of the feed mill in Urbana.  His job at the mill led to him becoming a District Manager for Pay Way Feed Mills headquartered in Kansas City.  His knowledge and expertise in the feed industry took the family to Derby, Udall, and Horton, Kansas, before being transferred back to Bolivar, Missouri in 1971.  Harold was well known and respected in Southwest Missouri as a representative for Pay Way, Master Mix, Supersweet, and eventually Tindle Mills where he ended his career in the feed industry, retiring in 1995 as the Manager of the Tindlex Liquid Feed Division.

Harold was a devoted husband and father and never missed a chance to show his appreciation for his wife or attend his children’s activities.  Harold loved people and was always available to visit with relatives and friends.  He had a keen interest in politics and was always quick to render an opinion.  He had deep respect for his parents and his heritage and loved Janie Sue’s folks Dock and Edith Whitworth, as well as Janie’s brother and wife Larry and Betty and their children.  During retirement, Harold and Janie Sue spent a lot of time travelling with Harold’s sister June Hoppers and her husband Russell.  Harold was also blessed with three granddaughters, and just recently a great-grandson, and he spent countless hours trying to spoil them as rotten as he could.

When his health began to deteriorate, he was fortunate to have his daughter Kim and Kim’s husband Joel next door.  Kim and Joel unselfishly spent many hours caring for Harold and sacrificed much to make sure that their Dad was well cared for.  They were with Harold daily and brought him much comfort and joy.

Harold professed his faith in Jesus Christ at an early age and his faith was strong and determined.  He demonstrated his belief in God’s promise of eternal life for those who believe on many occasions, and it is with no uncertainty that he is now with the Lord.

Harold is survived by his two children Kim and husband Joel Kahn, and Steve and wife Lori Henderson, all of Bolivar, Missouri; three granddaughters, Baylee and husband Adam Hitchens of Lee’s Summit, Missouri, Lindsay Henderson and fiancé Rocky Knox of Columbia, Missouri, and Shelby Henderson of Bolivar, Missouri, and great-grandson Luke Hitchens of Lee’s Summit, Missouri.  He is also survived by many nieces and nephews, grand nieces and nephews, and cousins, whom he loved.

Internment will be held at Macks Creek Cemetery.