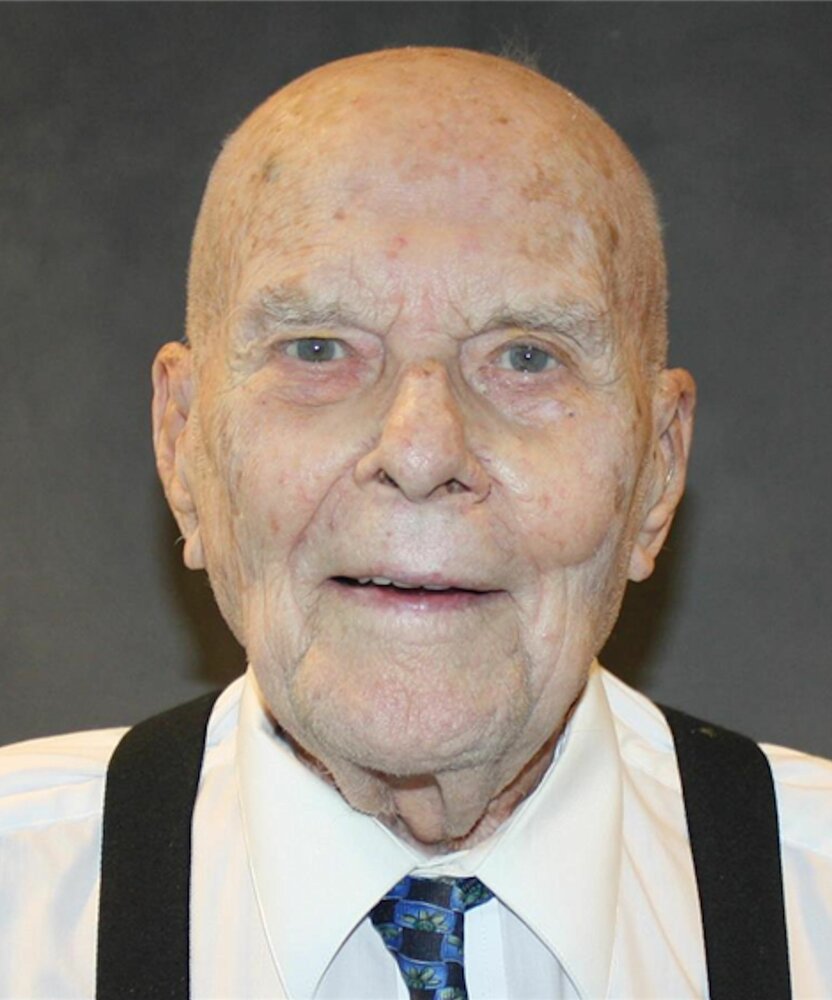 Gilbert Dieckhoff, 100, passed away Monday, August 30, 2021.  He was preceded in death by his wife, Lillian, after 67 years of marriage.  He is survived by two children: Jane and Jim, two grandsons: Eric (Jessica) and Evan, and two great-granddaughters:  Brooklyn and Kaelyn.

Gilbert was born in 1920 on a farm near Kensington, Kansas.  He lived through the depression and dust storms of that time.

Gilbert was working at Beech Air Craft in Wichita, Kansas, when WWII started so he enlisted in the Navy Air Corp.  He shipped out overseas to the South Pacific Headquarters in New Caledonia where Admiral Halsey was in charge.  Gilbert repaired and flew PBY’s.  His love for flying continued after leaving the Navy and he had his own airplane.

Gilbert and Lillian corresponded while Gilbert was overseas.  When he returned to Los Angeles, they got married in 1944 and headed to Ottumwa, Iowa, to finish his service.  Then they moved to St. John, Kansas, where he was a mechanic and then the service manager for the GM car dealership.  In 1960, they moved to Emporia, Kansas, where Gilbert continued as service manager at the GM dealership until his retirement in 1983.

Over the years, the family spent many vacations in Minnesota fishing.  In retirement, Gilbert and Lillian moved to Lake of the Ozarks, Camdenton, Missouri where Gilbert fulfilled his dreams of boating and fishing.  He worked at a boat dealership teaching new owners how to drive their boats and delivering boats all over the United States.  Gilbert and Lillian spent many winters in Texas, fishing off the gulf.

In 2009, Gilbert was able to take the Honor Flight to Washington, D.C. to visit the WWII memorial which was a highlight that he relived many times.  Plus, he was written up in the local newspaper and he enjoyed the attention that generated.

In 2015, Gilbert moved to Olathe to be near family.  He enjoyed seeing family and his great-granddaughters, Brooklyn and Kaelyn.

Gilbert was a faithful Lutheran and said that God had been good to him throughout his life.

Visitation will be from 12:45 to 1:30 pm Thursday, September 2, 2021 followed by a 1:30 pm funeral service at Beautiful Savior Lutheran Church in Olathe, Kansas.

In lieu of flowers, donations may be made to the children and music programs at Beautiful Savior Lutheran Church.