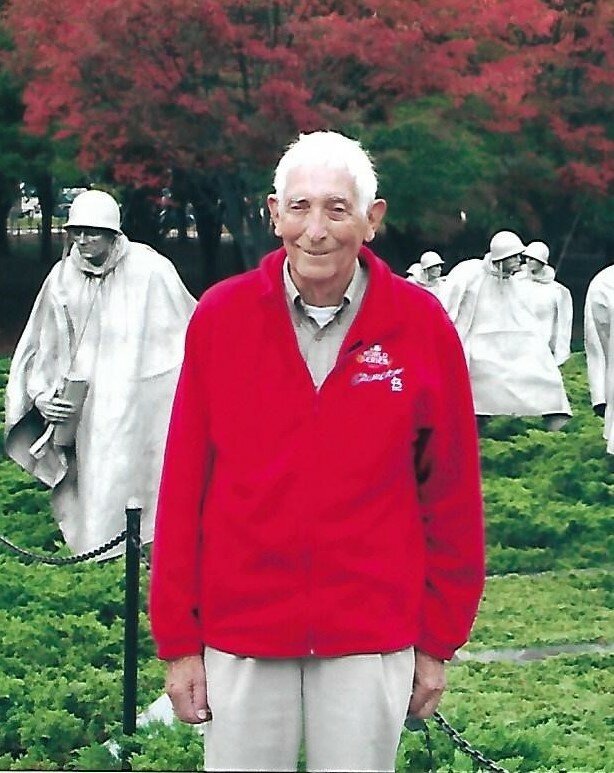 Obituary of Siegmund A. Buchholz

Siegmund A. Buchholz, age 91, of Osage Beach, Missouri passed away Wednesday, September 8, 2021 at Eldon Nursing and Rehabilitation in Eldon, Missouri.

Siegmund was born December 25, 1929 in Storm Lake, Iowa, the son of Ernest and Martha (Bolte) Buchholz.

On January 15, 1956, Siegmund was united in marriage to Norma Rosacker.

Siegmund loved all sports. He was an avid golfer until age 89. He was especially a fan of his Iowa Hawkeyes and the St. Louis Cardinals. He was a leader in his community including being a volunteer firerfighter, school board member, and the Lions Club. He was a lifelong member of Missouri Synod Lutheran Church serving as an elder, Sunday school teacher, and Bible study. Siegmund grew up and lived for over 70 years in Buena Vista County, Iowa. He and Norma moved to Osage Beach 22 years ago to be close to the water. He loved bridge and played duplicate bridge 3 times a week until May of this year.

Services will be held Saturday, September 11, 2021 at 1:00 pm at Hope Lutheran Church in Osage Beach, Missouri.

Interment will be held at Jefferson Barracks National Cemetery in St. Louis, Missouri.