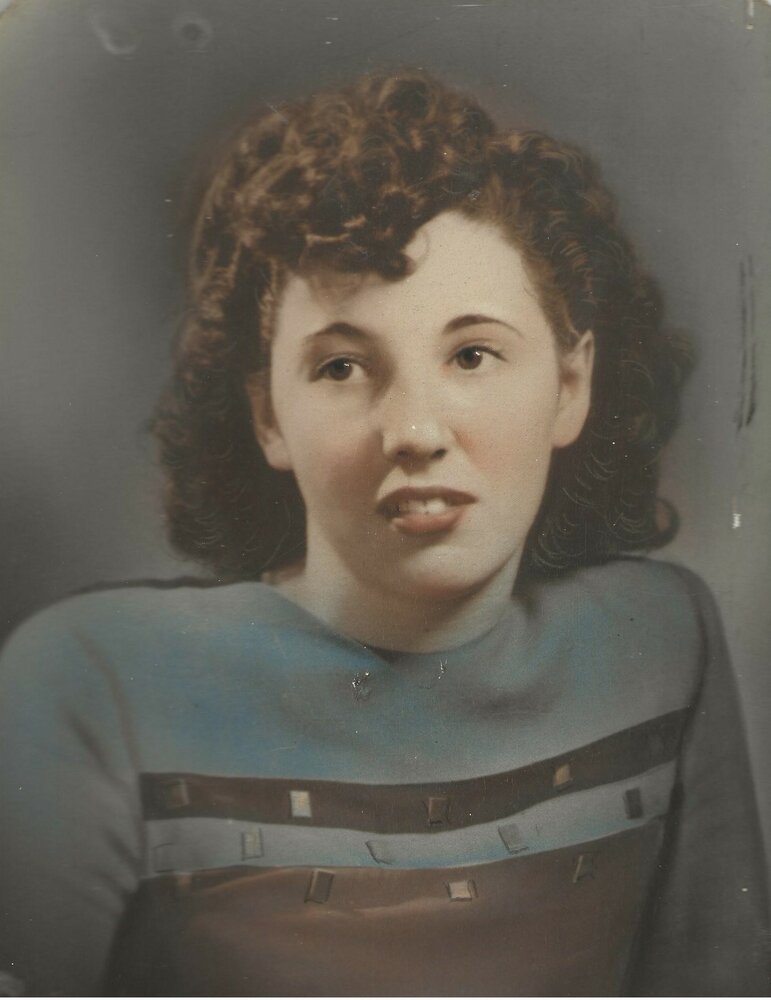 Mary “Maxine” Bond left her life long home of Miller County on Tuesday, September 7, 2021. She was born on March 28, 1928 in Miller County near Bear Creek, the daughter of Valma Anderson and a father who never claimed her. After the death of her mother, when she was 7, she was raised by her colorful grandmother, Lucy Anderson, who was also left to raise her brother Noble (deceased).

She was extremely loyal and kind to her close friends and most of all, her forever friend Kathleen Gover Kimball, whom she had known and loved since childhood.

Maxine graduated from the newly built and beautiful School of the Osage where she met life long friends she kept up with until the end. She was gregarious and fun and friendly and cherished her time at Osage, where she was a high school cheerleader. This cheerleader thing was passed on to her granddaughter (Marissa at Eldon), and now great-granddaughter (Scarlett at Helias). She was very enthused about that.

Upon graduation, she and Kathleen worked several waitress jobs and lived together. One evening while working at Arrowhead Lodge she was given the table graced by Harry Truman. She said Harry told her she was an excellent waitress and “would you like to hear me play the piano”, which Harry proceeded to do.

She was married to Raymond L. Bond in 1947 and they welcomed a son, Dennis (wife Jennifer) in 1947 and another, Ward (wife Sandy) in 1948. They were blessed with several grandchildren and great-grandchildren. She is also survived by 4 Andersons, a niece, 2 nephews, and 1 cousin.

After first living at Lake Ozark, Raymond and Maxine moved to a 100 acre farm outside Eldon, but also kept a lake house in Horseshoe Bend. They entertained regularly at both houses where Maxine could make a world class cobbler our of any fruit and as she said it would “make your tongue want to lap out your brain”. She was full of wonderful colloquialisms like, “what’s good for the goose is good for the gander”, or “anyone born again more than twice will likely screw you over”, or “the Lord helps those who help themselves”, or at weddings “why ruin two couples?”. With Raymond’s ability to catch crappie and her amazing ability to fry it perfectly, their lake house was always serving delicious meals which always included biscuits and gravy (which she enjoyed for her last meal on earth).

She worked several years for Eldon Drug Company and was elected to the Miller County Nursing Home Board. She was a life long republican and collected hundreds of elephants.

Maxine devoted her life to her “boys” and even though neither she nor Raymond had a chance for a higher education, she pushed and instilled that hope and destiny in both sons who both got degrees in Pharmacy form the University of Missouri in Kansas City.

Maxine devoted a lot of time to her grandchildren, sons, and friends. She chose to be interesting and gregarious over conformity. She was loyal, mostly unconditionally to her friends but made her own non-predictable decisions and opinions very vocal. She enjoyed plays, music, cooking, but most of all time with her friends and family.

For those of you lucky enough to know her, especially her friends and family, she will be gravely missed. A unique woman full of spark and fire with spontaneity and grit has moved from Miller County to her new home.