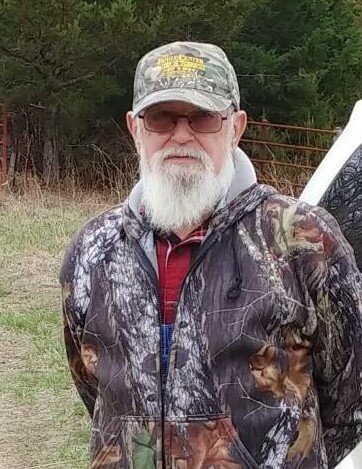 Bill was born May 10, 1945, in Corder, Missouri, the son of Dewey and Lorene Hinkle.  Bill was united in marriage on January 16, 1964 to Alice Snider in Independence, Missouri.

Bill was a loving husband and father of three living children and an angel Joseph Dale, grandfather to thirteen grandchildren and great grandfather to three great grandchildren and one on the way.  He was known for his compassionate spirit, generosity, friendship, loyalty and never-ending love for his family.  With a larger-than-life personality, Bill left a mark on everyone he met, and friendships were soon forged and fostered.

Bill was active along with his wife, Alice, in the Coffman Bend Fire Department and the Benton County Cattlemen’s Association.  He will be deeply missed by both his family and the community.

Bill was preceded in death by his son Joseph, his brother James, his sister Donna, his mother Lorene and his father Dewey.  He is survived by his wife Alice and three children:  Franklin (and Tracy) Hinkle, William (and Prudy) Hinkle and Nancy (and David) Berry; grandchildren:  Danielle, Megan, Amanda, Connor, Wyatt, Sarah, Whitney, Sabrina, Adam, Jessica, Matthew, Scott and Emily; and great grandchildren:  Teagan, Henley and Alison.  He is also survived by his sisters Catherine Leighton and Joyce Smith, as well as many nieces and nephews, in-laws and friends.