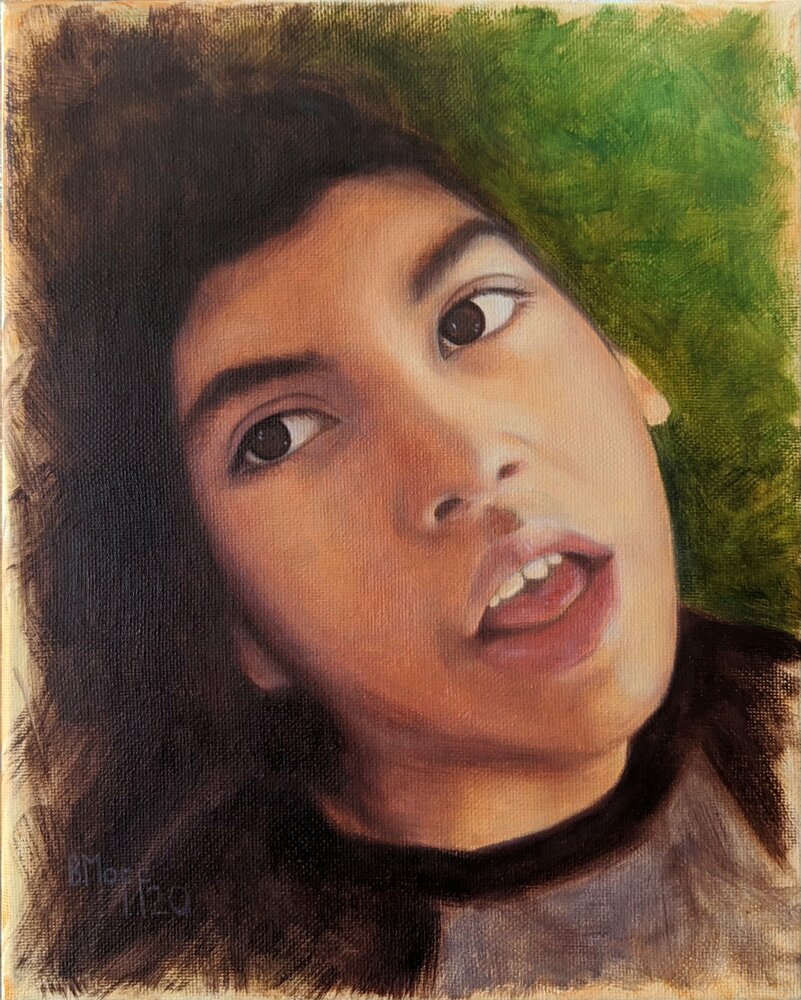 Ezra Cross Borbe, 16, of Camdenton, Missouri, entered into his eternal home with Jesus, Monday, October 4, 2021 at Women's and Children's Hospital in Columbia, Missouri.

Ezra was the first-born son, and third child to Edwin and Elizabeth. He quickly became the love of their lives, and a bright and shining star to a multitude of friends and family, near and far.

Ezra was preceded in death by his paternal grandmother, Donna Yarbrough, and his aunt, Tammy Kirby.

Ezra Cross was sent to teach. He was chosen by God to be in our family, it’s made us who we are today. We promised him we’d tell his story, to be his voice.

To Our Friends and Family,

While here on earth, Ezra had a very limited body, which made his daily life hard at times and probably frustrating. He could never tell us verbally what was going on, we had to be still and hear him speak without any words. In order to care for him best you had to slow down and get to know him, choose to be in the moment.

Ezra could read a room like no other, he could sense the needs of others, again without a word being spoken. It was beautiful, it was God given, it was holy. One of his main ministries was to offer kindness, a certain stillness that leaves you at peace. He taught many to trust Jesus and always lean into His perfect plan. Ezra was created in the image of God used to display the goodness of God in every sustaining breath he took. He was and still is a gift from God.

We will forever miss him, but would never wish him back here to struggle and be limited in his body. We rejoice and are full of peace with the truth that Ezra is fully healed, he has been made whole. Now running and singing and smiling while forever in the presence of Jesus. We know the things on earth have grown dim for him as he worships Jesus face to face.

Ezra Cross completed the mission he was sent to do and we find comfort in knowing we will see him again. He lived his days here with us fulfilling the purpose God chose for him to do. There truly is no greater joy.

Thank you for your outpouring of love and grace toward our family. Ezra lived a beautiful life and we thank God for giving us the privilege to call him son. We pray you will learn from him and in turn fulfill God’s purpose created in you.

Services will be held at 2:00 pm, Saturday, October 16, 2021 at First Baptist Church, Camdenton, Missouri.   Dinner and Fellowship will follow at the church.

Following Services at the church.
Share A Memory
Plant a Tree