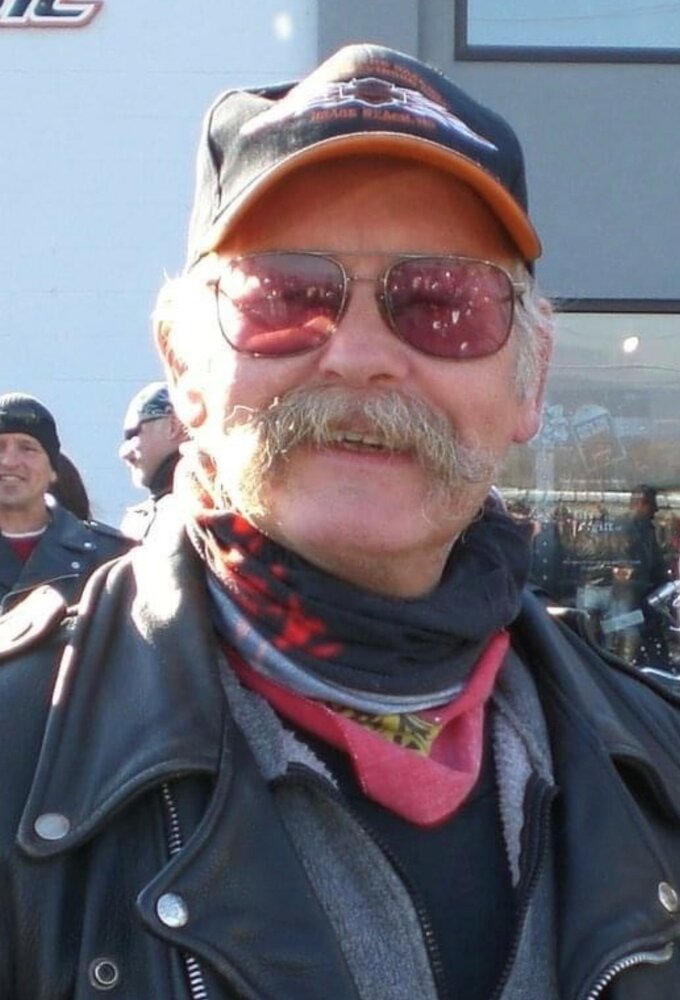 Maurice “Butch” Kreuzer peacefully passed away on Wednesday, October 13, 2021, after a hard-fought battle with cancer.  He was born in Goodland, Kansas on March 10, 1950 to Ruth (Schwendener) and Robert Kreuzer. Butch lived there until he was five and for many years after he and his sister Linda would still go there to visit their grandparents’ farm in the summer. Butch and his family lived in Denver, Colorado during his school-age years and he graduated from Arvada High School in 1968.  It was in Keystone, South Dakota that he met his wife of 23 years, Nancy French, and began his career as a glassblower.  Following a few years living and honing his skills in Washington, Butch and Nancy moved to Benicia, California where he worked for Smyers Glass Blowing Co.  It was in California that he met his eventual business partners.  Butch, Nathan Sheafor, and Lee Wassnik opened The Glass Forge Studio in Grants Pass, Oregon in 1998.  After many years of living his dream, Butch retired in 2019 and he and Nancy moved to the Lake of the Ozarks in Missouri to be closer to family.

Butch was a man that you could count on. He possessed an uncanny ability to make everyone feel special and important.  He was always up for anything whether it was moving to a new city, starting a glass shop with his friends, riding motorcycles with his wife, or playing whatever game the grandkids had thought up.  He was generous with his time and his love.

Butch had a truly adventurous spirit and passion for the open road.  He and Nancy made so many beautiful memories road tripping on their motorcycles.  They never passed up an opportunity to visit friends and family and made the most of the last year they had together.

Few people can say they’re a glass artist, and you probably wouldn’t hear Butch say it much either.  He was humble in his craft, always finding joy in the process of creating. Butch was one of the lucky few that found a way to turn his passion into his profession.  Because of this, those who loved him and strangers alike will be able to forever cherish the artistic gifts he has left to this world.