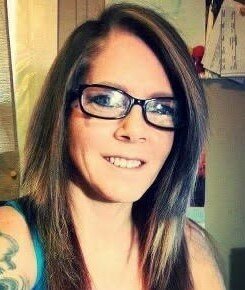 Shelly Dawn (Benson) Johnson went to be with her heavenly father, Lord and Savior, Jesus Christ on Saturday, November 13, 2021 in Osage Beach, Missouri. She led an amazing life, and her favorite part was as a wife, mother, and Gigi.

Shelly was born to Tilda Mae Thomas and Dennis Ray Benson of Hannibal, Missouri. She graduated from Freeport, Illinois. Shelly served in the United States Air Force as a law enforcement apprentice at Reese Air Force Base in Lubbock, Texas with the 64th Security Police Squadron. She received numerous awards and letters of appreciation and commendation, including the 64th SPS Outstanding Defender Award for her dedication and performance in Guantanamo Bay, Cuba from January 25 through April 28, 1995. She also received a certificate of achievement from Operation Sea Signal Joint Task Force 160 Air Force Forces, Guantanamo Bay, Cuba, for duty well performed and Honor in all things and Country above self. After her tour at Reese Air Force Base, Shelly continued her military service in the US Army Reserve and United States Air Force Reserve. Shelly served her country faithfully and was proud to be an American and have the opportunity to give her life for our freedom.

After her military career, Shelly was certified as an EMT and continued a career as a first responder. Unbeknownst to her, she would meet the love of her life, Michael Johnson, and life would change as she knew it. After a whirlwind romance, they were married on June 19, 2004. They raised three beautiful girls together and welcomed five grandchildren into the world. They enjoyed traveling together and making a go of it.

In summer of 2014, Shelly was diagnosed with Neuromyelitis Optica (NMO), “also known as Devic’s Disease, a rare condition where the immune system damages the spinal cord and the nerves of the eyes (optic nerves).” She lost her vision and her ability to work. Michael faithfully took her to her appointments and surgeries and continued to support them.

Shelly loved God, the beach, Facebook, her vacation to St. Thomas, and everything family. She also loved to decorate her home and loved to laugh.

Shelly was preceded in death by her mother, Tilda Mae Thomas.

She is survived by her husband, Michael Johnson, and her daughters, Trenity Renee Benson of Camdenton, Missouri, Keira Nicole Benson of Excelsior Springs, Missouri, and Desirae Katherine Barton of Ozark, Missouri. She is also survived by her grandchildren Raelynn Dawn, Riley Marie, Atlas Clayton, Grayson Michael, and Valor Shaun; her father, Dennis Ray Benson, and stepmother, Muriel Benson; sisters Tammy Benson-Uptegrove (Michael) of Fairgrove, Missouri and Miranda Thomas-Chambers of Freeport, Illinois; and brother, Jeramie Benson (Sarah) of Gainesville, Texas. She leaves behind numerous nieces and nephews and an empty space in all of our hearts. We loved you, Shelly, and can’t wait to see you again someday.

A celebration of life service will be held Wednesday, November 17, 2021 at 5:00 pm at Hedges-Scott Funeral Home in Camdenton, Missouri. The family will welcome friends for visitation from 2:00 - 4:00 pm prior to services at the funeral home. Military honors will be held at 4:00 pm.

In lieu of flowers, donations can be made in her name to the Guthy Jackson Charitable Foundation for NMO via guthyjacksonfoundation.org and/or the United States Department of Veterans Affairs, 810 Vermont Ave, NW Washington DC 20420.