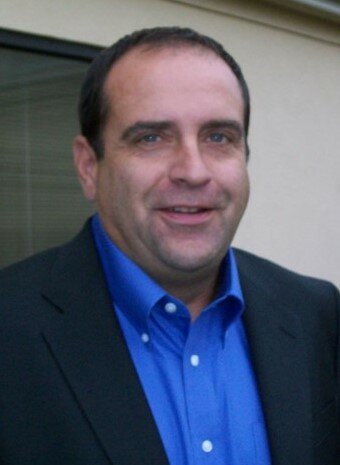 Steve Scheuerman was born in Abilene, Kansas to his parents, Kenneth and Sherry Scheuerman. He had two older sisters, Linda and Nancy. They traveled following his father’s career and finally settled in Camdenton, Missouri, where Steve graduated from high school. On September 20, 1986 he was united in marriage to his wife of 35 years, Minalee Martin Scheuerman.

After graduating, he began working as a carpenter and worked for Thomas Construction for several years. He started his own business, S & S Construction in 1989. In 2006, his son, Sawyer, joined him in the business. Steve was well known around the lake area for his craftsmanship and attention to detail. He built several homes for his family, but in 1998 they settled on a farm near Decaturville where he designed and built their forever home. He bought his first tractor, a Farmall M, to clear the land himself. Steve was proud of each home he touched and everything he accomplished.

He had a passion for antiques and his first was a 1958 Chevy Biscayne in which he and Mina rode in for their 1st date. He later escorted his daughter, Sarah, to her wedding in the ‘58. He loved working in his shop and on his land. Some of his favorite activities included cutting wood, baling hay, tending to his cows, and listening to music. His favorites were Lynyrd Skynyrd, the Alman Brothers, Miranda Lambert, Waylon Jennings and Merle Haggard. He also restored many tractors with Sawyer. Steve liked to camp with his family and friends. He also enjoyed hunting, fishing, and kayaking. He loved mushroom hunting in his secret patch on his land. “Papa” was very special to his grandkids. He was a master of all trades and there was nothing he couldn’t do.

Steve will be truly missed by his family and friends, but will remain in our hearts forever.

He was preceded in death by his father, Kenneth “Ike” Scheuerman.

A celebration of life visitation will be held Tuesday, November 30, 2021 from 4:00 to 6:00 pm at Hedges-Scott Funeral Home in Camdenton, Missouri.

To honor the life of Steve, the family asks that you consider contributing to the American Foundation for Suicide Prevention, local AFSP Missouri Chapter.