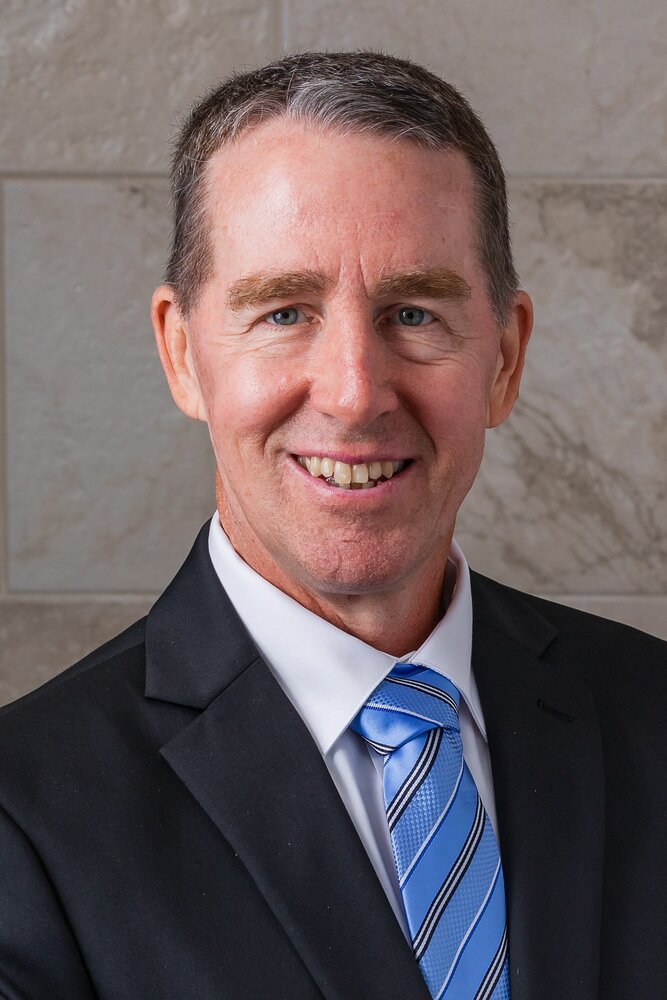 Thomas Lynn Sperling was born on March 3, 1955 in Moundridge, Kansas to Marlin and Salome Sperling. As the youngest of 5 boys, Tom found himself more as an only child because of the age difference between older brothers. Growing up his interests included playing sports like wiffle ball and golf, playing music, and keeping company with the senior citizens at Memorial Home in Moundridge where his father was the administrator. His educational milestones included graduating from Moundridge HS in 1973, attending Grace Bible Institute from 1973-1976, graduating from the University of Nebraska in Lincoln with a degree in Psychology, and graduating from Shippensburg University with a Masters degree in Community Counseling.

On December 30, 1976, he was joined in marriage with Connie Louise Ritter in Richfield, Pennsylvania.

The family moved to Glenwood, Iowa in December of 1988 where all 3 of their children graduated from Glenwood High School. He was a youth coach for a number of years, served on a number of committees, but his main emphasis was the local church where he served on the elder board and was involved in youth work.

For 27 years, Tom worked as a licensed professional counselor in the area of family counseling. It was counseling that brought the Sperlings to the Midwest, as Tom oversaw the startup of the Grace Counseling Center as well as the counseling program at his alma mater, Grace College of the Bible. At his core, Tom was passionate about teaching. He served as a professor from 1988-1995, heading up the counseling department as well as the director of the Grace Counseling Center. In 2007, Tom turned his vocational focus to financial advisement with TD Ameritrade. Whether in the counseling chair, or on the phone with a client discussing their financial outlook, Tom saw the value in people. After working for 4 years at TD Ameritrade, he was invited to join the team at Dickinson Investments. It was thought that his combination of counseling history and his training at TD Ameritrade would benefit in serving clients. He loved that job, especially the personal relationships that he was able to establish with his clients.

Tom was passionate about biking, music, family, and the Word of God. For the past 20 years, RAGBRAI was a highlight of his year. He would leverage this state-wide trek across Iowa to push his body to new limits. Although a typical day on the route was between 60-80 miles, Tom was known to ride extra each day to meet his latest personal goal. At least 1 of these voyages included riding at least 100 miles each day to total over 700 miles for the week! Although his total miles were gratifying, nothing was more important than his belief that, “It’s about the people.” The personal relationships were what fueled Tom to pedal slow or fast to the next town. Evidenced by his journal published in the Glenwood newspaper for many years, people were highlighted by name to show that any investment into the lives of others is what matters most. These connections were even more precious than a week of corn fields, bike shorts, and Casey’s pizza. The highlight of his RAGBRAI experience was in 2015 when Adam, David, Lydia, and Connie joined him on the ride to celebrate his 60th birthday. Tom loved sharing his enthusiasm for riding with other people. His greatest pleasure was in the journey and not the total number of miles. Over the past 5 years, he reached his goal of 5,000 miles in each of the years.

Tom was a life-long Nebraska Cornhusker fan, which was always visible on game days as he would wear his red and white striped overalls that he had worn as a student. He was known for probing questions, genograms and his furious note taking—mainly on old envelopes. Tom has a long reputation of capturing life’s moments in writing, which was shown by the many journals he filled through the years with family moments big and small. Some of Tom’s iconic quotes were:

“What did you hear me say?”

“Find someone to encourage.”

“Seek first to understand, then to be understood.”

Tom has left an overwhelming legacy blessed by God and a wonderful testimony of walking daily with the Lord. He held on to John 5:24 as his salvation verse. “Truly, truly, I say to you, the one who hears My word, and believes Him who sent Me, has eternal life, and does not come into judgment, but has passed out of death into life.” This was verified by the intentional relationships he fostered with each of his 7 grandchildren who affectionately call him “Hepa.” We have all been richly blessed because of the love and faithfulness of our husband, father, father-in-law, Hepa, and friend.

Tom was diagnosed with glioblastoma at the end January 2021.