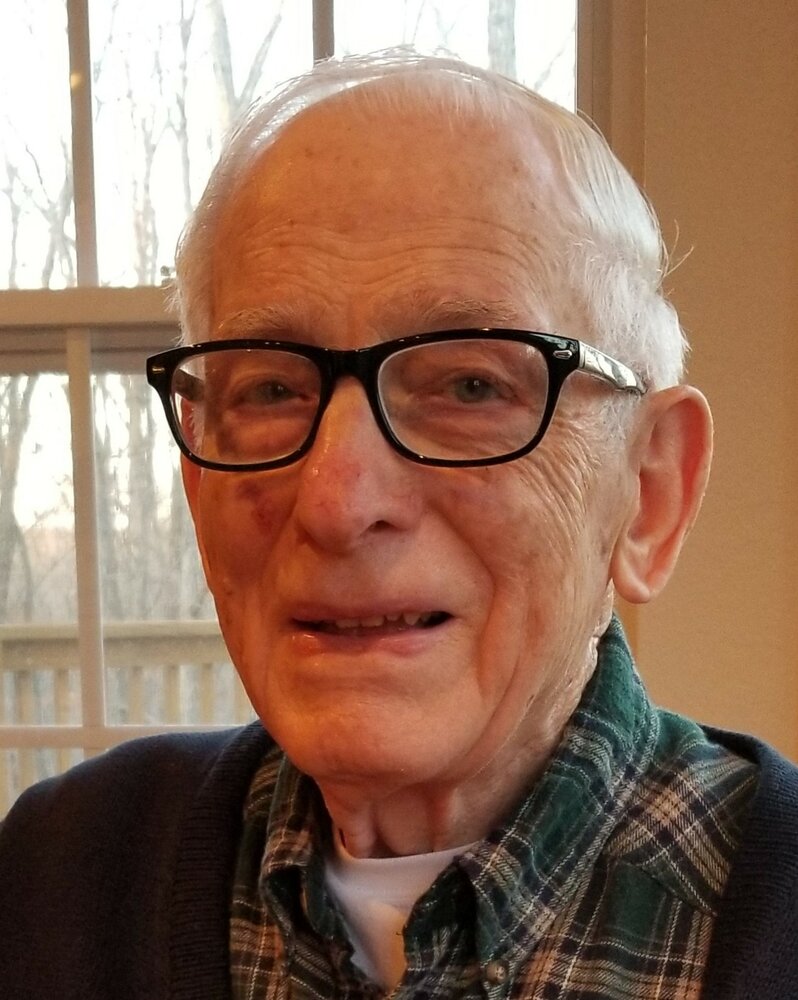 Bill was the only child of William Lee Roy Ward and Elsie Skinner Ward, born November 4, 1926 in Union City, Tennessee.

On September 10, 1949, Bill was united in marriage to Mary Lee (“Jill”) Maynard in Memphis, Tennessee.  They had shared over 72 loving years of marriage together at the time of his death. Bill and Jill met on a blind date. Bill was a student at University of Missouri (graduating with a B.S. in Business Administration). He was a highly-accomplished pianist and organist. He was playing the piano in the parlor at Jill’s dormitory at Columbia College. One look at each other, and that was it!

Growing up as a child, Bill lived in different towns in Missouri, and graduated high school in Chaffee, Missouri. After a brief stint at Southeast Missouri State College in Cape Girardeau, Missouri, Bill joined the Navy. Because of his musical ability and love of God, he served as a chaplain’s assistant. As a WWII veteran, he will receive military honors at the gravesite.

In terms of his work life, Bill followed his father into shoe manufacturing. His father had a career as a foreman of factories and other management positions with Brown Shoe Company. He was managing partner of Sports Specialty Shoe Company, with offices in St. Louis, Missouri and factories in southeast Missouri. His mother owned a baby-shoe factory in Advance, Missouri. These shoe companies were a major supplier of thousands of shoes to primarily the Brown Shoe Company of St. Louis. Bill’s father had much wisdom, not only in the running of the factories, but in starting his son on the factory floor to learn the business, literally, from the ground up. Bill learned and performed every function of the manufacturing process, eventually reaching an upper management position. Later in life, the shoe business started migrating out of the U.S., the factories were sold, and Bill took other positions in the leather trade. Through his hard work, he was able to retire at a relatively early age.

Bill worked hard to support his family, but he really had two great loves in his life: the love of his Lord and Savior, Jesus Christ, and the love of his wife and family. Regarding his first love, Bill accepted Christ in early years and lived his life dedicated to his Lord. In testimonials about him, many family members and friends testify to the impact that Bill had on their own faith journey.

In terms of love of family, he was steadfast, always loving and devoted. He will be missed beyond words. He left a lasting legacy.

Visitation will be Saturday, January 22, 2022 at Lake Ozark Christian Church from 12:30 – 2:00 PM with celebration of life service immediately following. Burial will be at Lake Memorial Gardens Cemetery in Osage Beach, Missouri.

Flowers may be sent to the church, and memorial donations may be made to Lake Ozark Christian Church or the Salvation Army, 927 Jefferson Street, Jefferson City, MO 65101, and identify “Lake Ozark Area” in memo line.

Flowers may be sent to the church, and memorial donations may be made to Lake Ozark Christian Church or the Salvation Army, 927 Jefferson Street, Jefferson City, MO 65101, and identify “Lake Ozark Area” in memo line.
Share A Memory
Plant a Tree