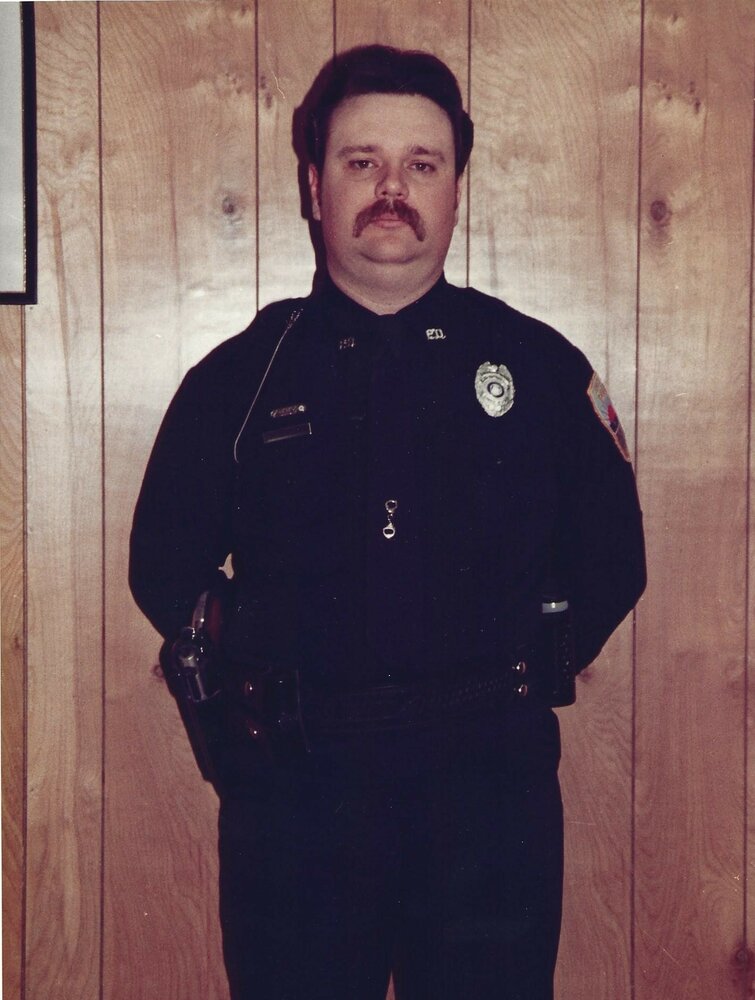 On October 20, 1979, David was united in marriage to Kathryn Ann Blair. They shared 42 wonderful years together. To this union one son was born, John David.

David’s dream as a child was to become a police officer and he did. He worked different security jobs until his opportunity came. He started his career at the Macks Creek Police Department where he worked his way up to Police Chief. He then went to Sunrise Beach Police Department where he soon became Chief there as well. He was Chief of Police for almost 30 years until he retired in January 2018.

David’s love of his life was his family. They were everything to him! He loved the outdoors, hunting, and his farm animals. But above all he loved the Lord.

David is survived by his wife Kathryn of the home; his son John Slavens and wife Anna; 2 grandchildren Brianna and Wyatt Slavens; his mother Lorene Slavens; sister-in-law Michelle Slavens; brother-in-law and sister-in-law Russell and Linda Honeyfield and Robert and Wanda Jones; many nieces, nephews, cousins, and very special family and friends. He is also survived by his special cat Lucky.

Funeral services will be held Friday, January 21, 2022 at 1:00 pm at Hopewell Freewill Baptist Church in Tunas, Missouri. The family will welcome friends for visitation from 11:00 am to 1:00 pm prior to services.

Interment will follow services at Hopewell Cemetery in Tunas, Missouri.