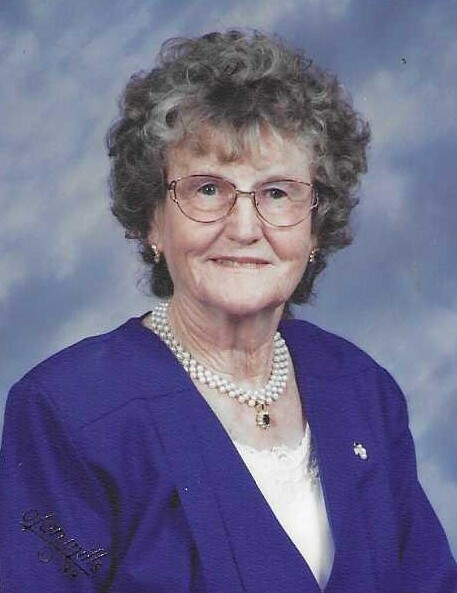 Georgia Lucille (Parker) Gideon, daughter of Samuel Neely Parker and Olive Esther (Roberts) Parker, was born January 11, 1922 near Montreal, Missouri, in Camden county. She departed this life Sunday, January 23, 2022 at her home near Stoutland, Missouri at the age of 100 years.

Georgia was raised by Christian parents and made a profession of faith at a young age.  She was a member of Grace Baptist Church, Richland, Missouri. Through the years she taught Bible School and Sunday School.  Few nights did her children go to sleep without a Bible story being read.

On January 12, 1946 she was united in marriage to Clyde J. Gideon.  To this union four children were born.  Georgia lived on the family farm 75 years working beside her husband on their farm and custom bulldozing business.

Georgia went through life with a smile on her face and a song in her heart.  She was always telling stories to her children and grandchildren.  She enjoyed a good joke or prank. Georgia enjoyed cooking for her family and afternoon swims at Sellers Creek on a hot day.

Her joy for life will be missed by all who knew Georgia and had the pleasure of knowing and loving her.

Graveside Services for Georgia will be held at 11:00 am, Saturday, July 2, 2022  Hillhouse Cemetery, Stoutland, Missouri