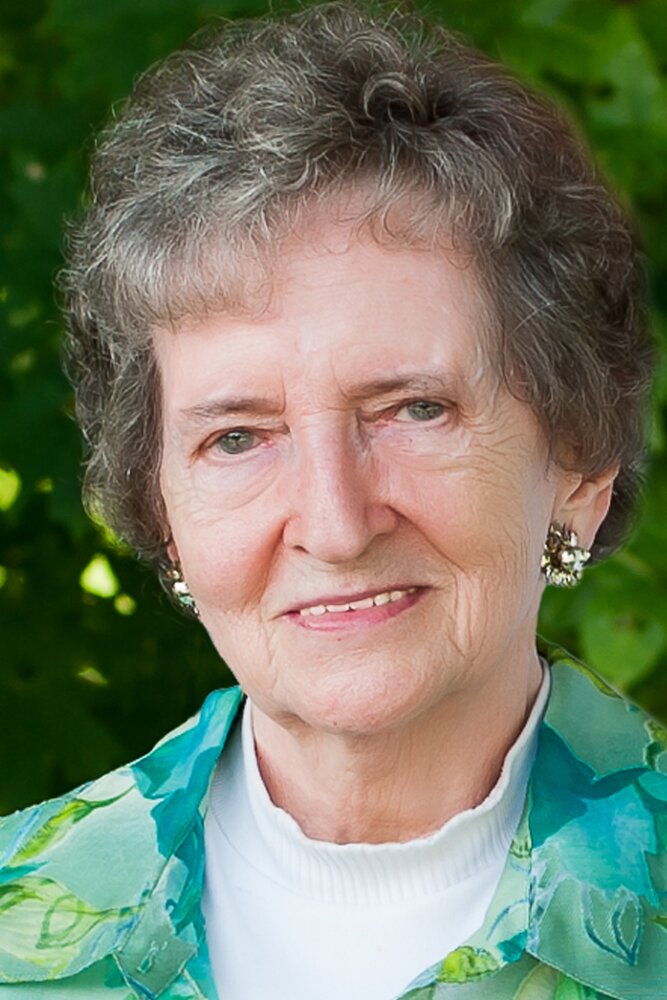 JoAnn Golston completed a full life of faith and service in Bolivar, Missouri on Wednesday, January 26, 2022, at the age of 83 years.  JoAnn had moved from her home of 13 years in Lebanon, Missouri, to Citizens Memorial Healthcare Facility in Bolivar just days before her death. JoAnn was a lifelong Christian who accepted Jesus Christ as her savior at a very early age and consistently strove to demonstrate and embody Christ's love and care for people throughout her daily life.

JoAnn was born to Ralph and Mayme (Kays) Miller on April 23, 1938, in Eldon, Missouri. She was the oldest of Ralph and Mayme's two daughters, with the birth of younger sister Mildred Louise coming in 1949. The Millers were the owners of Millers Grocery, a general merchandise store which served Macks Creek, Missouri, from 1934-1981. During JoAnn's early years, the family lived on the second floor above the grocery store in the center of downtown Macks Creek. Eventually Ralph bought property and built a new house, just east of downtown, and donated the land next to the house for construction of the new Macks Creek Baptist Church which opened in 1955 and stood for over five decades. JoAnn told many wonderful childhood stories of working in her parents' store, playing freely all around town with her friends, and loving all of her activities in both school and church through her teenage years.

JoAnn was a serious and conscientious student who had a deep love for music and did quite well throughout grades 1-12. She graduated as Salutitorian of the senior class from Macks Creek High School in 1955. JoAnn married Gary Everett Golston, a 1954 Macks Creek High graduate, on June 3, 1956. JoAnn attended what was then Southwest Missouri State College in Springfield for a semester after graduation, but put her education on hold after marrying Gary, with the two moving to Columbia, Missouri, where Gary entered the University of Missouri. In what would become one of the dominant themes of her adult life, JoAnn worked full-time as a doctor's receptionist in Columbia to support Gary's educational efforts and the two quickly began trying to start their own family. JoAnn and Gary's oldest son, Steven Scott, was born in Columbia in 1961, and the family moved back to Macks Creek to establish their home and plan for more children. Mark Stuart, their second son, was born in 1963. Over the next 5 years, JoAnn managed to be a full-time parent while at the same time returning to pursuit of her college education, preparing for a career as an elementary school teacher by taking classes each term at Southwest Baptist College in Bolivar and co-teaching Macks Creek's new Head Start program.

Following a 3-year period living on a farm a few miles south of Macks Creek, the service period of JoAnn and Gary's lives as a couple began in earnest when Gary accepted his first full-time job as a Southern Baptist minister at Woodbine Baptist Church in 1968 in St. Joseph, Missouri. Under Gary and JoAnn's leadership, the church immediately showed great potential for growth and JoAnn eagerly accepted all the many responsibilities that came with being a pastor's wife, serving in church music, children's ministries, women's leadership (WMU), youth summer camps, and almost every other visitation and outreach capacity imaginable in their 5-year term. During this time, land was obtained, a new building was constructed, and Woodbine Church was reborn as Frederick Boulevard Baptist Church. Despite an incredibly busy church schedule, JoAnn managed to finish her preparation as an elementary teacher during this period, completing all her practicum and student teaching experiencs in the St. Joseph Public Schools through Missouri Western College, as well as welcoming the couple's third son, David Eugene, to the family in November 1970.

After a short 1-year stay in Trenton, Missouri, during which JoAnn taught Kindergarten and served as the principal of Spickard Elementary School, Gary and JoAnn decided to return to their family roots and moved back to the Lake of the Ozarks in 1975, buying a house on Dogwood Drive in Camdenton and establishing a new bookkeeping business. Over the next 33 years, JoAnn and Gary served the lake community as co-partners in a series of businesses including General Business Services (GBS), Lakeside Office Supply, Your Family Bookstore, and Golston Financial Services. JoAnn referred to herself as Gary's "executive assistant" and was instrumental in the success of each undertaking. JoAnn could truly "do it all", acting as general manager in each of the retail operations, taking care of ordering and inventory management, tracking accounts payable and receivable, supervising clerks and sales staff, and providing counsel and unwavering support to Gary through the trials and tribulations of small business ownership. Remarkably, for several of these years, JoAnn helped supplement the family's income by teaching 1st grade in the Camdenton R-3 School District. All of these things were accomplished while being a wonderful, attentive mother who nurtured strong, positive relationships with her three boys, made sure they had whatever they needed, and guided them successfully through their primary, high school, and college years.

While a very private and humble person by nature, JoAnn was proud of her years of service and her role in she and Gary's numerous undertakings. In total, JoAnn was an active pastor's wife for 47 of their 65 years of marriage, and the couple always maintained consistent church membership and service in the years Gary wasn't pastoring. She taught Head Start, Kindergarten, or 1st grade for a total of 9 years in and amongst all her other activities, in addition to countless sessions of Vacation Bible School, church nursery and pre-school programs, and support of church youth groups in whatever ways were needed. JoAnn was an active member of Delta Kappa Gamma professional educator's society for 20 years, including 12 as treasurer. JoAnn was general manager of Lakeside Office Supply for 13 years and Your Family Bookstore for 11 years. She was either on the Board or acted as primary recordkeeper for the Macks Creek School Alumni Associaton for somewhere in the neighborhood of 18 years. And throughout all of these activities and accomplishments, JoAnn always found time to enjoy and lift up others through her gifts of playing and singing music. She was an excellent pianist from her school days onward, playing for others and her own enjoyment every chance she got as long as her health allowed.

JoAnn was preceded in death by her parents Ralph and Mayme Miller, in 1995 and 1990 respectively; her son Mark in 1983; and numerous loved ones in both the Miller and Kays extended families.

She is survived by husband Gary; son Steve, his wife Cindy, and their three children James, Mariah, and Josh, of Renton, Washington; son David and his partner Daniel Sumile, of Kansas City, Missouri; her sister Mildred Webster and husband Larry, of Macks Creek, Missouri; nephew Blake Webster, his wife Miranda, and daughter Presley, of Springfield, Missouri; and a large number of in-laws and neices and nephews in her vast extended Golston family.

Funeral services for JoAnn Golston will be held Saturday, February 12, 2022, at First Baptist Church in Macks Creek, Missouri at 11:00 am. Visitation for family and friends will precede the service from 10:00-11:00 am, and the graveside committal will follow the service at Macks Creek Cemetery, weather permitting.