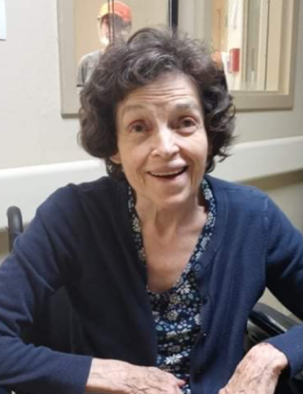 Dorothy was the 2nd of 12 children born to Leonard Frank and Dorothy Evangeline (Gillpatrick) Harris.  Being part of a horse racing family, she attended several different schools throughout her childhood but still managed to graduate 3rd in her class from Jefferson High School in Jefferson, South Dakota. While living with her Grandmother Harris and working for Spencer Dairy in Spencer, Iowa she met and married Gary Ray Cheevers of Sioux Rapids, Iowa on May 21, 1962.  Gary was the love of her life.  They were married 53 years before his passing on December 2, 2015.  To their marriage John & Penny were born.  She often said, “We may not have agreed on everything but the one thing we did agree on was that our children would come first”.  She and Gary moved 17 times the first 2 years they were married due to Gary working in construction but bought their first home in Tunas, Missouri. They built on and remodeled it themselves and continued to live there for 45 years. When John and Penny had started school, Dorothy was bored and needed money for fabric to make their clothes, so she went to work for Dawson Metal Products. She continued to work there through various name changes and retired as the Senior Engineering Clerk of Modine Manufacturing after 35 years and 8 months.

She loved her grandchildren and took them on many adventures.  They still laugh about going to Eagle Days at Lake of The Ozarks with extra-large cups of diet coke and her healthy bran cookies.

Dorothy enjoyed many hobbies. She loved sewing, gardening, feeding the birds, and building things. There wasn’t a construction project she wouldn’t tackle.

Most importantly, Dorothy was saved and baptized at the Macks Creek Baptist Church in her mid-twenties. In her later years she attended Hopewell Freewill Baptist Church in Tunas, Missouri with her daughter Penny. Teaching her children about the Lord and memorization of John 3:16 while they were young was a priority.

Funeral Services will be held Sunday, February 6, 2022 at 2:00 pm at Hopewell Freewill Baptist Church in Tunas, Missouri. The family will welcome friends for visitation from 1:00 – 2:00 pm prior to services at the church.