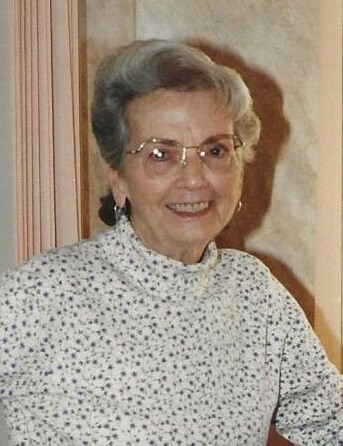 Doris M. Carpenter, age 96, of Camdenton, Missouri passed away Monday, January 31, 2022 at her home in Camdenton.

Doris was born on June 8, 1925 in East St. Louis, Illinois, the daughter of Luther and Lilly Cleveland.

On December 19, 1945, Doris was united in marriage to Edward C. Carpenter in Arkansas. They shared 68 years together at the time of his passing in 2013.

Doris trained as an RN and used her skills in a variety of places. She was the head nurse of the emergency room at St. Elizabeth Hospital in Belleville, Illinois. She also worked at Swift and Company Meat Packing and SIU in Edwardsville, Illinois. After moving to Missouri, she worked at the Camdenton Medical Center and was the first Director of Nursing at Windsor Estates.

After retirement, she became active in the community of Climax Springs, Missouri and was on the first board of the Civic Center there. She was a talented painter, woodworker, sculptor, and crafter. She also enjoyed many trips in the U.S. with her husband and family.

Doris was a loving mother, grandmother, great-grandmother, mother-in-law, and friend. She will always be in our hearts.

Doris was preceded in death by her husband Ed Carpenter; her parents; her brother Marvin Cleveland, her daughter Leslie Shroba; her son Philip Carpenter; her granddaughter-in-law Debra Saxton; and her grandson Michael Carpenter.

Inurnment will be at a later date at the Missouri Veterans Cemetery outside of Springfield, Missouri.

Will be at a later date at the Missouri Veterans Cemetery outside of Springfield, Missouri.
Share A Memory
Plant a Tree