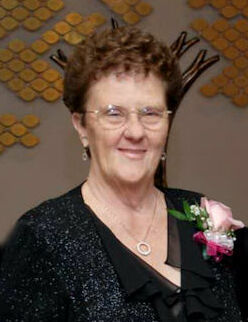 Glorious was born on July 9, 1935 in St. Louis, Missouri the daughter of Richard and Bernice Alva Connors at which time her mother said “it was a Glorious day”.

On September 4, 1954, Glorious was united in marriage to Anthony Lumia in St. Louis, Missouri. They shared 67 wonderful years together. She was a loving wife, mother, mother-in-law, grandmother, great-grandmother, sister, and friend. Her family shares many beautiful memories that will always remain in our hearts.

Glorious was preceded in death by her mother Bernice Petro, her father Richard Connors, and her sister Jerry Schulte.

Funeral services will be held Saturday, February 12, 2022 at 3:00 pm at Hedges-Scott Funeral Home in Osage Beach, Missouri. The family will welcome friends for visitation from 1:00 – 3:00 pm prior to services at the funeral home.

Interment will be at Resurrection Cemetery in St. Louis, Missouri.