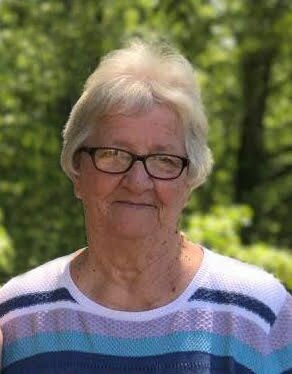 Rosa Lee Ketchum, age 85, passed away in Linn Creek, Missouri on Tuesday, February 8, 2022.  She was born on May 9, 1936 in White House, Arkansas.  She was a graduate of Fayetteville High School.  During her teen and early adult years Rosa was a mentor and youth leader at Providence Baptist Church.

In 1971 she married Duncan Ketchum and together their adventures took them to many different countries spreading the love and message of Jesus.  Together they had one son, Tim, who resides in Linn Creek, Missouri with his wife Carrin.

Rosa was a kind and loving person who others sought to confide in.  She was always a voice of reason, advice, guidance, and quick to share God’s love and wisdom.  One of the greatest gifts she possessed was the gift of listening.  As others would look to her for comfort and wisdom, she would give them a calm, gentle response often times without having to say much.  Duncan would say that still waters run deep and that Rosa was very still in the Lord.  She focused on sharing throughout her life. Her time, love, and energy was always given to those in need.  She and Duncan enjoyed 46 years of delivering God’s message through mission work.  They worked primarily in Mexico, Guatemala, Belize building churches, training people to be church leaders and pastors, and distributing Bibles.

She was preceded in death by her husband Duncan Ketchum; parents Franklin and Nellie Renshaw; brother Walter Renshaw; and sister Willie Mainwal.

Inurnment will be held at a later date at Myetta Cemetery in Camdenton, Missouri.

Will be held at a later date at Myetta Cemetery in Camdenton, Missouri.