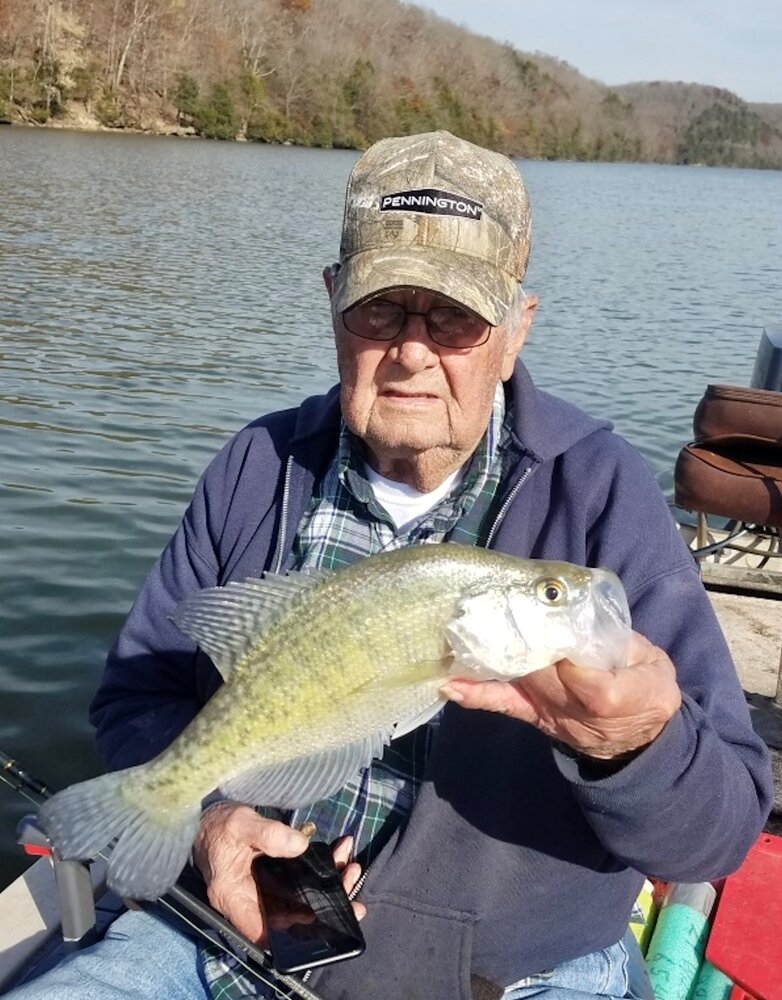 He was born in Miller County Missouri  April 7, 1942, son of the late Leonard and Frankie (Dake) Wilson.

On November 5, 1959, Kenny joined the U.S. Navy and was stationed in San Diego, California.  He was assigned to the U.S.S. Gurke in the Pacific Ocean. He participated in the 1962 Nuclear Tests in the Pacific at Christmas and Johnston Islands.  After completing nearly four years in the Navy, he left active duty and joined the Naval Reserve for two more years.

The job he enjoyed most in his life, was working for Alltel Phone Company.  He loved his customers and eventually retired from there.

Kenny had many hobbies through the years; flying remote control planes, wood working, coon hunting, gardening, golfing, and feeding the birds.  Most of all, he loved fishing, in particular, crappie fishing, which he enjoyed all over the U.S.  He was a man who could fix almost anything that had a motor in it and enjoyed tinkering.

Kenny was an active member of the American Legion Post 105 for 50 plus years.

Service and burial with Military Honors  will be at the Missouri Veterans Cemetery, Fort Leonard Wood in Waynesville, Missouri, at a later date.

Service and Burial with Military Honors will be held at Missouri Veterans Cemetery, Fort Leonard Wood, Waynesville, Missouri at a later date.
Share A Memory
Plant a Tree