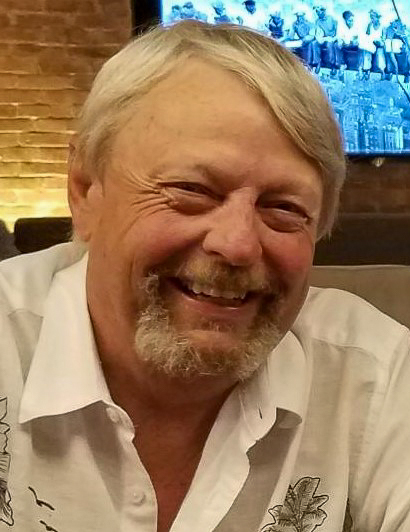 Richard James “Rick” Smith, age 66, passed away Monday, February 21, 2022, in Fort Myers, Florida. He was preceded in death by his father.

He was born on July 10, 1955, in Lagrange, Indiana, the son of James Smith and Beverly Rawson Smith.

Rick’s family moved to the Lake area in 1969, and when his parents opened Smith Boys Service in 1971, he began learning the heating and cooling business, running service calls on mobile home heat and air. He became a member of the Osage Beach Volunteer Fire Department when he was 16. He graduated in 1974 from Camdenton High School. While continuing to work for his parents, he earned his EMT license and worked a short time for the City of Osage Beach ambulance.

He married Roberta Lee Lamm on December 27, 1980, and they have two sons, Brad and Derek.

Rick was always proud of his service with the fire department and ability to help others. When the Osage Beach Fire Protection District was formed, he served on the original board of directors until the district hired its first paid fire fighters in January 1991, at which time he was hired as Battalion Chief for “A” Shift. During his tenure with the fire service, Rick received numerous awards and recognitions, including Fireman of the Year in 1977 and Fire Officer of the Year in 1990 and 1998. Rick ran the course for the Lake Rescue Shootout when it started at the 21mm at Shooter’s 21 in 1988 until the event moved from that location; he was inducted into the Lake of the Ozarks Shootout Hall of Fame in 2016. He retired from the fire department January 1, 2016, just shy of 45 years of service.

Rick also worked “part time” for Don and Debby Gainey at EcoWater in Osage Beach for about 20 years.

Rick’s other interests included boating and camping with family and friends, SCUBA diving, traveling, riding motorcycles, enjoying his Camaros, and enjoying life as much as possible.

Rick always said that when he retired, he wanted to get away from Missouri in the cold winter months. 2022 was the seventh winter he and Lee spent in Fort Myers, Florida. He enjoyed riding around the RV resort in his golf cart, observing the happenings, and visiting with the great neighbors.

Rick placed family and friends first, providing assistance, guidance, and his opinion.  His family depended on him and the lessons he taught.

Rick left this life too early, but his memory will be carried on by Lee, his wife of 41 years, who he loved and appreciated, yet griped about her “nagging” to drive safely; Derek, son #2, who made his dad proud by using his mind and meeting the goals he set for himself and by taking his father’s words to heart when Rick told him, “You can do anything you want after you graduate from law school”; Brad, son #1, who made him proud in many ways, including by following him into the fire service in Osage Beach and being a terrific father; Brad’s children, “Itty-Bitty Buddy” Gage, and “Papa’s Peanut” Finleigh; his mother, Beverly; his siblings, Suzi (Dan) Ulkus, Tom (the late Mary) Smith, and Terry (Debbie) Smith; nieces and nephews; and many dear friends.

Visitation will be Friday, March 4, from 4 to 7 PM at Hedges-Scott Funeral Home, on Hwy. 42, Osage Beach.

In lieu of flowers, memorial contributions may be made to the Firefighters’ Benevolent Association of Osage Beach, Inc., and may be sent to the funeral home.

Firefighters’ Benevolent Association of Osage Beach, Inc., and may be sent to the funeral home.
Share A Memory
Plant a Tree