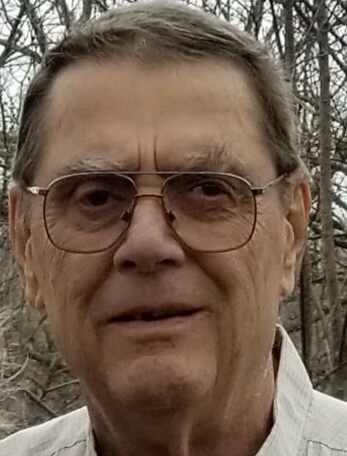 He was born on September 26, 1947, in Moline, Illinois to Gunnar and Margaret Johnson. David grew up in Moline and graduated from Moline High School in 1965.  After high school he served with the U. S. Navy in Vietnam.  He worked for Illinois Bell/AT&T as a communications technician, retiring in 1999 after 30 years of employment. Dave married Karen True in 1969 in Moline, Illinois. They were happily married for 52 years. After retirement, they moved to the Lake of the Ozarks where Dave became a member of the Osage Beach, Missouri Elks lodge.  Dave and Karen enjoyed traveling and visited 48 US states, all Canadian provinces and more than 30 countries.  They owned a country home in Taylor Ridge, Illinois, where they kept their horses and participated in trail rides.

David is survived by his wife Karen of Linn Creek, Missouri; his brother Dennis (Cheryl) of Sherrard, Illinois; and many other relatives and friends.

David was preceded in death by his parents.

A memorial service will be held at the Elks Lake of the Ozarks Lodge #2517, 5161 Osage Beach Pkwy., Osage Beach, Missouri, on Saturday, March 5, beginning at 5 pm followed by a reception.

Burial at the National Military Cemetery on Arsenal Island, Rock Island, Illinois, will be held later in the spring.

National Military Cemetery on Arsenal Island, Rock Island, Illinois at a later date in the spring.