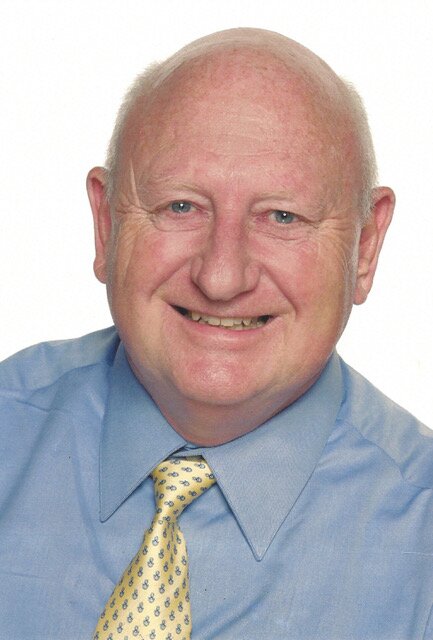 Charles was born in Atchison, Kansas on December 24, 1936. He grew up on a farm in Nortonville, Kansas and moved to Topeka in 1953 with his family. He graduated from Topeka High School in 1954, where he spent his senior year, and went on to receive a BBA from Washburn University of Topeka in 1959. His last semester was spent at the University of Hawaii. He joined the US Army at Schofield Barracks in Hawaii for six months active duty and was in the army reserves for three years. Charles attended the Thunderbird Graduate School for Global Management in Gendale, Arizona, receiving a Bachelor of Foreign Trade. He majored in Portuguese and Latin American Studies. During the summer of 1962, he worked in Chicago at the World Trade Show with the Brazilian Exposition.

Shortly after, Charles joined CARE, Inc. in New York City.  He started his overseas work in Iran as a Field Representative shortly after a major earthquake there. After three years in Bushire, Iran, Charles was promoted in 1965 to Assistant Country Director of CARE in Guatamala. In 1968 Charles was promoted to Country Director of CARE in Panama (where he met his wife Ingrid and got married at the Lutheran Church in the Canal Zone). In 1971, he moved with his family to Quito, Ecuador, then later moved to Amman, Jordan in 1974.  The most memorable event during his time at the CARE office in Amman was when Mother Teresa paid a visit to thank him for all the CARE food programs. Charles personally escorted her around to various locations in Amman where CARE provided food commodities.  He wrote a letter to the Nobel Peace offices in Norway suggesting that Mother Teresa be nominated for the Peace Prize.  In mid-1976 the family moved to New Delhi, India where he completed his 15 year career with CARE. There were also multiple trips to California, Kansas and Scandinavia during this time abroad.

Charles and his family returned to Modesto, California (hometown of his wife) just after Christmas of 1976 . He soon became a Travel Consultant and later a Travel Agency Manager with Vintage World Travel and later Marker Travel. Charles traveled to multiple countries during his time with CARE and also while a travel consultant.  Panama was his favorite country.  Charles and Ingrid returned to Panama a few times during retirement. Just prior to moving to Missouri, Charles served as Lt. Governor for Kiwanis in the Modesto, California area. He was an active member of Emanuel Lutheran Church in Modesto and also sang in the choir.

Charles and Ingrid moved to Camdenton, Missouri (Lake of the Ozarks) for retirement.  While living in Missouri, he was active in the Lake Area Performing Arts and acted in three musicals (Fiddler on the Roof, Wizard of Oz, and Joseph and the Amazing Technicolor Dream Coat). He also sang with the Lake Area Chorale. Charles was a member of the Kiwanis Club of Camdenton and the Rotary Club of Laurie, Missouri, and was a volunteer at the Lake Regional Hospital. During his retirement, he also studied prophecy and end times.

The Celebration of Life and Memorial Service for Charles Elvin Niemann will be held at Kent Memorial Lutheran Church, 184 Sunset Hill Drive, Sunrise Beach, Missouri on Saturday, March 12, 2022 at 11:00 AM with family greeting and visitation starting at 10:00 AM.

Inurnment will follow downstairs at the Kent Memorial Columbarium, outside on the lake side of the church. Luncheon to follow in the Fellowship Hall.

Memorial donations may be made to the Kent Memorial Lutheran Church.

Will follow downstairs at the Kent Memorial Columbarium, outside on the lake side of the church.