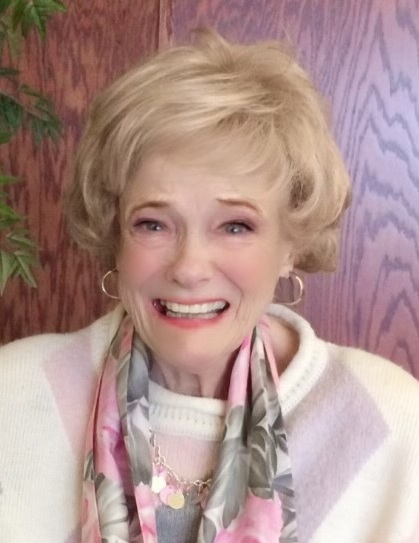 She was united in love and marriage of 54 years to Byron Deere on August 10, 1963 in Grays Essex, England.  Janet had a school assignment to meet a friend from a different country.  She continued communicating with her future husband for a few years.  While in the Air Force, he took an assignment in England.  They met in person once he was stationed in England.  Over time love began to blossom between the two of them. They were born a year and a day apart.  She was married in England and came over to the United States to start a new chapter in her life.

Janet was a member of Lake Ozark Christian Church in Lake Ozark, Missouri. She was a strong believer and God always came first. She loved reading her Bible and Christian books and sharing her faith. Janet’s personality was very social, kind, and humble. She was aways willing to talk and listen to whatever anyone had to say. When people needed a helping hand, no matter the task, Janet was always willing to lend a hand. Janet loved to travel and read about history. Everyone that knew Janet loved her.

Janet was a former Lions member of the Lake Ozark Lions Club.  She also helped out in the past with Lake Ozark Fire Department fundraisers, Brownie and Girls Scout troop activities, Lake of the Ozarks Chamber of Commerce welcoming visitors to the area, and PTA activities connected to the local school.  She would also help knock on doors in the area to make sure people got out to vote.

A Celebration of Life will be held at 1:00 pm on Saturday, March 19, 2022 at Hedges-Scott Funeral Home in Osage Beach, Missouri.

Interment will be held following the services at Lake Memorial Gardens in Osage Beach, Missouri.

In lieu of flowers, donations can be made in her honor to Hope House of Miller County in Lake Ozark, Missouri.