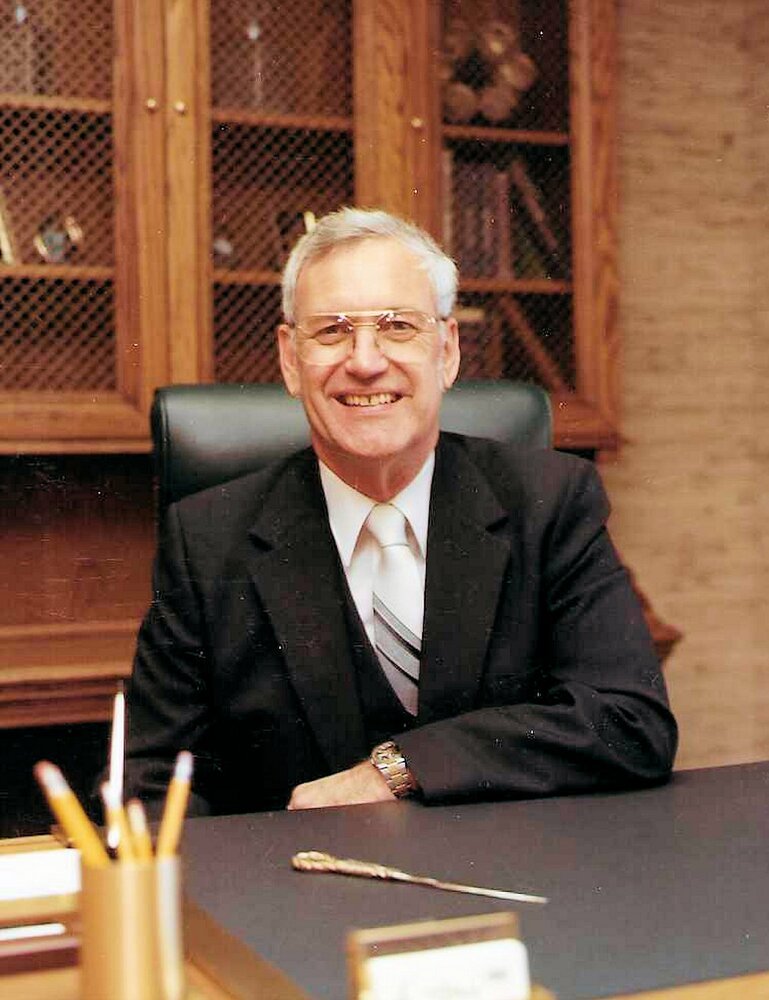 Don Edward Avey, 89, passed away March 24, 2022, at Arrowhead Senior Living, Osage Beach, Missouri. Don was born in Cherryvale, Kansas, on April 11,1932 to George Edward Avey and Anna Malcolm Avey. He was raised in Cherryvale and graduated from Cherryvale High School in 1950.

Don was in the Banking and Finance business for over 53 years. He worked for C.I.T. in Dodge City, Kansas, was an officer at Citizens State Bank, Liberal, Kansas, and President of Peoples Bank in Coldwater, Kansas from 1981-1999. Don graduated from the Colorado School of Banking in 1974.

Don and his wife, Virginia, retired to Lake of the Ozarks, Missouri, in 1999 where they continued to enjoy golfing, family, people and many other things. Don volunteered for many years at the Willmore Lodge and was a member of the Lake Ozark Christian Church. Don had many friends wherever he was and if he didn’t know you, after a short conversation, he would find a connection with you through a mutual friend, location, or experience.

Things that Don enjoyed the most were the dogwoods in the Spring, Kansas State Football, being with people, enjoying time at the family cabin in Cuchara, Colorado, playing golf, drawing and most of all, being with his family.

Don is survived by daughters Kim Wright and her husband, Ted, of Alpharetta, Georgia, Kari Forest and her husband, Greg of Claremore, Oklahoma, Grandsons Christopher Moore and his wife Amberlee of Duluth, Georgia, and Jonathan Moore and his wife, Janine of Miami, Florida. Don had one lovely great granddaughter that he adored, Caralee Moore of Duluth, Georgia. Don was so proud of all of his family. They were his pride and joy. Don is preceded in death by his wife, Virginia, and his brother James Avey.

Services will be held at 2:00 pm, Tuesday, March 29, 2022, at Lake Ozark Christian Church, Lake Ozark, Missouri.  Burial will be at Fairview Cemetery in Cherryvale, Kansas.

A Memorial Fund will be established at Lake Ozark Christian Church.