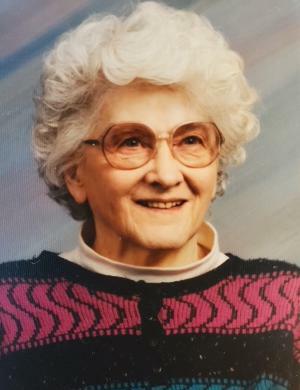 Anna enjoyed spending time with family and friends, following world events, and traveling. She liked listening to music, especially Willie Nelson and Frank Sinatra in her later years. She loved sharing stories of her early years, which she spent caring for her siblings and helping out on her parents and grandparents farms in northwest Missouri. She loved Kansas City and was fond of relating stories of the years she spent working as a secretary there. She told of meeting a dashing, young Harry Truman at a dinner dance at the old Muehlebach Hotel years before he became president and of him buying rounds of drinks for her table.

Anna’s family requests no flowers, and that condolences be left at Hedges Scott Funeral Home, Camdenton Missouri (www.hedgesscottfuneralhomes.com). The family will gather for a private memorial. Interment will take place in a private ceremony at the Barkley Cemetery in New London, Ralls County, Missouri.

In lieu of flowers