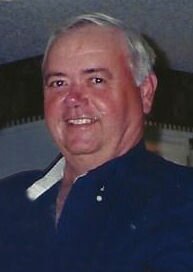 Mike was a strong Christian man and was saved as a young boy. He worked hard his whole life. He started in the turkey business on his papa’s (W.W. Stutsman) farm before graduating high school.  At 21 years old he bought his own farm where he raised turkeys for over 30 years. He took great pride in raising cattle and running his farm. He was raised in a trucking family and also drove a truck from a young age and throughout his entire life. Mike was a loving and devoted dad, grandpa, papa, brother, uncle, and friend. He loved his grandchildren and said they were the reason for living. He was intentional about spending time with his grandkids and made sure to attend their rodeos, sporting events, took them on runs in his truck, and spent a lot of time with them on the farm teaching them valuable life lessons.

Mike was preceded in death by his parents Joseph (J.E.) and Melba Claiborn.

Funeral services will be held Friday, April 15, 2022 at 1:00 pm at Hedges-Scott Funeral Home in Camdenton, Missouri. The family will welcome friends for visitation from 12:00 – 1:00 pm prior to the service.

Interment will follow services at Lebanon Cemetery in Lebanon, Missouri.

In lieu of flowers, memorial donations are suggested to St. Jude Children's Hospital.