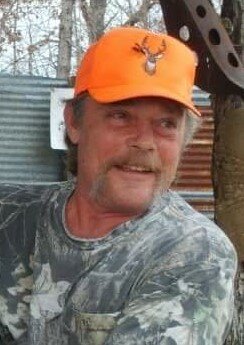 Rodney Dale Casida, 66, Camdenton, Missouri passed away May 11, 2022 at Lake Regional Hospital in Osage Beach, Missouri. He was born March 2, 1956 in Garnett, Kansas to Raymond Casida and Donna (Brumley) Cottrell. He grew up in rural Lane, Kansas graduating from Prairie View High School with the class of 1974.

On December 22, 1979 he was united in marriage to Bonita Faye Kraus at the Lane United Methodist Church in Lane, Kansas. To this union two daughters were born; Deidra Lorayne and Dena Faye. Their marriage ended in divorce.

Rodney met the love of his life, Carla, in 1998. Together they spent over twenty years in the Ozark Mountains beautifying land, raising and loving their dogs, living on the lake, and enjoying life.

Rodney was a lover of the land, he might have been known to some as a survivalist. He could grow, hunt, and build anything with his own two hands. If he envisioned something, he built it. He enjoyed traveling, but loved spending most of his time at home. If you have ever seen the view from his backyard then you would understand why he liked being at home.

Rodney will truly be missed by all those that loved him.

Saturday, July 9, 2022 at the Lane Bar and Grill in Lane, Kansas.
Share A Memory
Plant a Tree