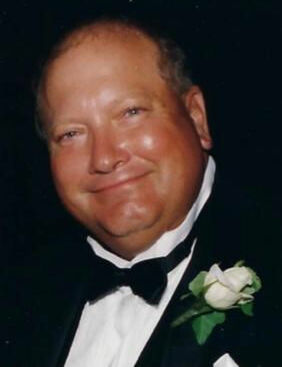 David Sidney Smith, 79, of Crystal Lake, Illinois passed away on Saturday, May 28, 2022 surrounded by his family.

Dave was born in Oak Park, Illinois on May 4, 1943, to the late Tom and Doris King Smith, brother of the late Tom Smith (Irene), the late Bruce (Chris) Smith, Richard, and Kathy. Dave graduated from Oak Park River Forest High School in 1961. While still in high school, Dave met the love of his life and best friend Pamela before attending Western Illinois University. Dave served 6 years in the Army reserves while starting a family, and working at the Oak Park police Department, a job he loved and had very fond memories of. In 1977 Dave and Pam moved to Crystal Lake, Illinois (1977 - 2015) and joined his father and siblings at Central States Microfilming. The family business would turn out to be fruitful, allowing Dave to raise his family and set roots. While residing in Crystal Lake, Dave persued his passion for golf, playing 5 rounds per week for 35 years. When not golfing, Dave played 16” softball, bowled, camped, boated - sail and motor, played racquetball, darts, and handball, snow skied, water skied, played flag football, hunted, did target shooting and rode motorcycles.  Since 2015, Dave and Pam have lived in Camdenton, Missouri where they moved to enjoy more time with Michael and his wife Heather, and their two precious granddaughters Ella and Ava.

Dave and Pam loved to socialize and especially cherished the friends they made through Newcomers of Crystal Lake. The Newcomers have spent so much time with Pam and Dave that they have truly become part of their already large family. Pam, Michael, Heather and David Jr. would love to give a nice warm hug to all of those who have supported Pam and Dave via the Newcomers.

In lieu of flowers, memorial donations are suggested to a charity of the donar's choice or plant a tree in his memory.

In lieu of flowers, memorial donations are suggested to a charity of the donar's choice or plant a tree in his memory.
Share A Memory
Plant a Tree