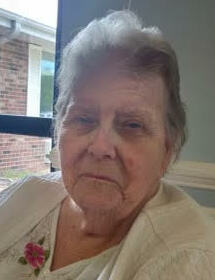 Helen was born on April 1, 1935 to Leonard and Avis (Langford) Thomas in Alliance, Nebraska. She was joined in marriage to Robert E. Jamison on January 1, 1955. They spent many years in Hudson and Pagosa Springs, Colorado before returning to Alliance, Nebraska. She enjoyed reading, music and taking care of babies. They retired to Osage Beach, Missouri to be closer to their children and grandchildren.

She is survived by her sisters Nancy Cassel and Peggy Thomas of Ft. Collins, Colorado along with many nieces and nephews and their families.

She was preceded in death by her parents, her brother David Thomas, sister Beverly Groce, several brothers and sisters-in-law, nephews, and a niece.

As one of Jehovah’s Witnesses, Helen had faith in the Resurrection that Jesus spoke of at John 5:28, 29.

Visitation for the celebration of Helen’s life will be Thursday, July 14, 2022, from 4-6 p.m. at Hedges-Scott Funeral Home in Osage Beach Missouri.

In lieu of flowers, please make donations to the Alzheimer’s Association at www.alz.org.

Alzheimer's Association at www.alz.org
Share A Memory
Plant a Tree